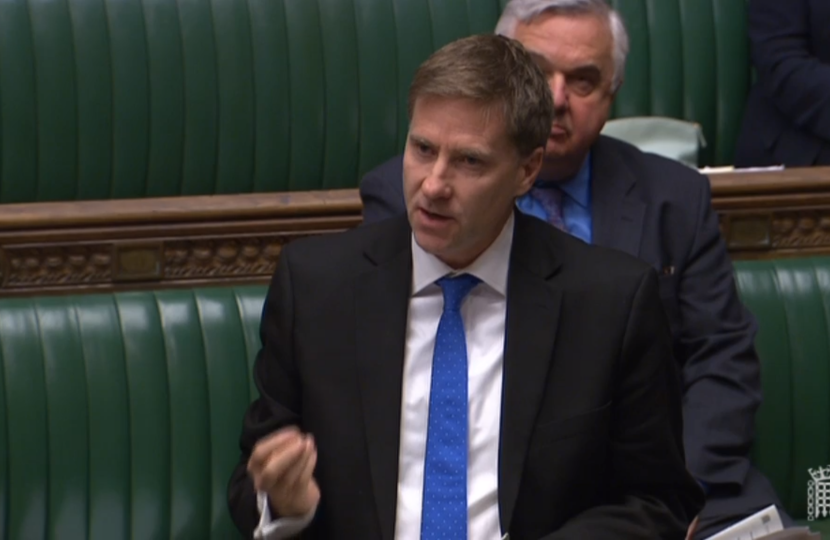 Steve Brine urged doctors’ leaders to recognise a “compromise when they see one” in the House of Commons on Thursday 16th January.

The Winchester MP reminded the Health Secretary, Matt Hancock MP, of the ‘robust’ discussion that took place at Winchester hospital back in the autumn over the tax issues on NHS pensions, and stressed that the big job now was rebuilding rotas as it was that which could really impact patient care.

Mr Hancock confirmed that the Government has already delivered on the commitment in the manifesto to start a process to end the problems caused with the interaction of tax laws passed in a previous Parliament, and that the Minister of State has met urgently with Treasury Ministers, the Royal Colleges, the BMA and NHS employers to kick off the process.

He added: ”I also absolutely take his point that, as we resolve the tax issue, so too we need to rebuild those rotas that have been reduced because of the high marginal rates of tax, and I urge each and every NHS hospital to play its part in putting that right.”