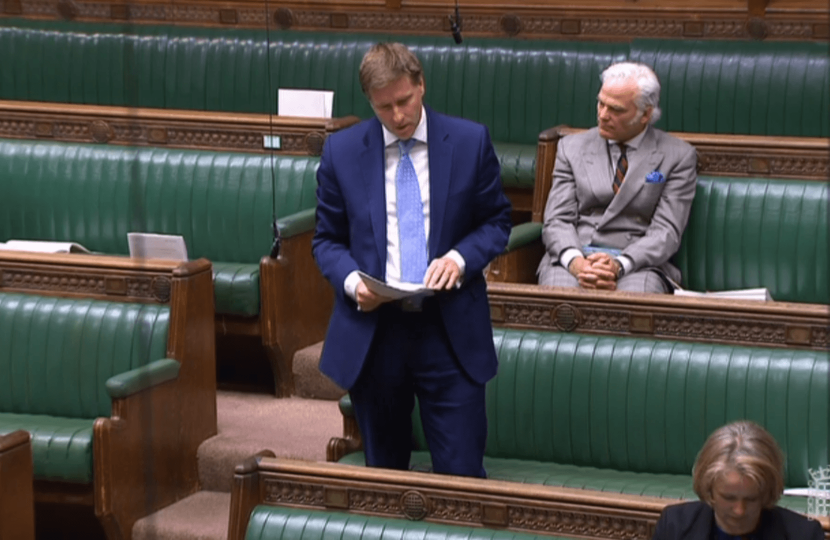 Steve Brine raised the issue of Ebola in Sierra Leone in the House of Commons on Tuesday 14th May.

The Winchester and Chandler’s Ford MP met up with Christian Aid volunteers at the weekend where they took part in their annual Big Bike to Brekkie which culminated at Winchester Cathedral.

The theme of this year’s event was maternal health work in Sierra Leone where, since the Ebola crisis, 10 women will die every day in childbirth and 1 in 9 children will die before their 5th birthday.

Steve asked the Foreign Secretary whether he will put Britain’s weight behind the campaign calling on the IMF to write off the loans they made to the African country to fight the Ebola outbreak, and confirmed later that he will continue to press the case with Ministers.

Pictured: Steve Brine addressing the House of Commons on Tuesday 14th May