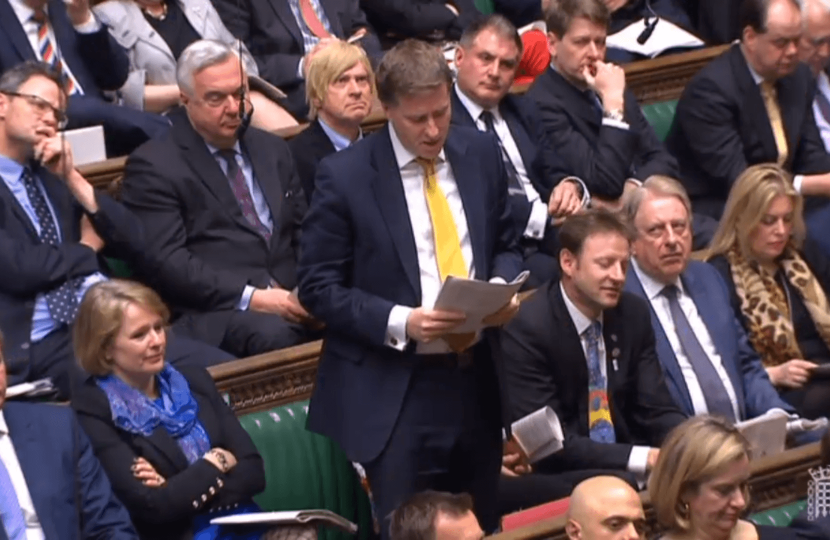 Steve Brine spoke in PMQs on Wednesday 27th March as he told the House he believed his constituency shared his clear desire to only leave the EU with a deal in a safe way that protects the economy and jobs.

The Winchester & Chandler’s Ford MP, who stood down as Public Health Minister to back a series of indicative votes on Brexit, set out how while a very large number of constituents voted Remain in 2016, many voted Leave and some weren’t old enough to take part.

He confirmed that in the long term he wanted a deep and special partnership with the EU, while ‘embracing the opportunities’ of the 168 countries worldwide which are not in the EU.

Speaking in response, Theresa May said that the Government did desire a deep and special relationship with the EU, while embracing the 168 countries outside the EU with an independent trade policy. She confirmed that the deal on offer delivers that, and this could be guaranteed by MPs supporting the deal when it comes before the House.

She also thanked Mr Brine for his ‘exemplary work’ as a Health Minister.