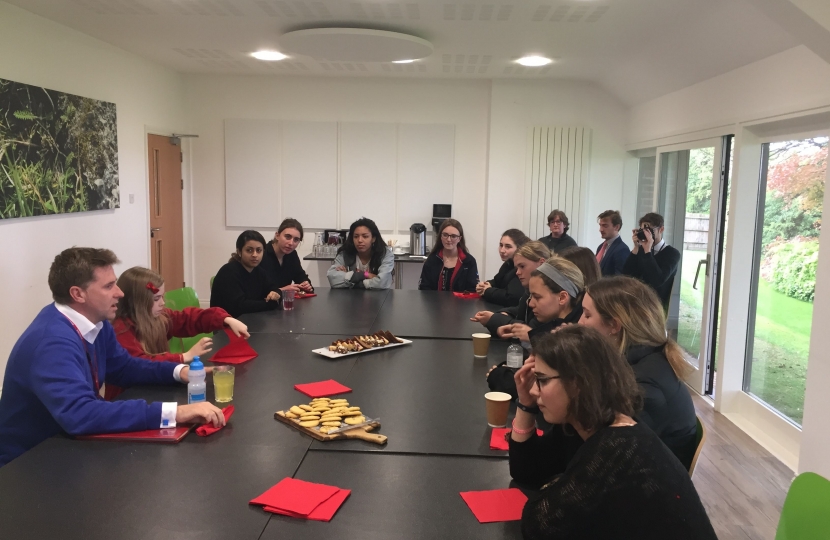 Steve Brine visited St Swithun's School on Friday 27th April as he spoke to Year 11 and Sixth Form students about a range of current issues.

The Winchester MP, who is also Public Health Minister, met with the school's Environmental Committee, and they discussed topics such as climate change, recycling and reducing the use of plastics, before he met with a group of Sixth Form Politics students to chat about the issues of the day and tell them about how he balances his work and the current political scene.

He also spoke with the Headteacher, Jane Gandee, for a catch-up on life at the school, as well as taking a tour of the much of the site, where he spoke to a number of the students.

Speaking after the visit, Jane Gandee said: "Steve's explanation of life as a constituency MP was a fabulous opportunity for our A level politics students to hear about theory put into practice. They were also struck by Steve's determination to improve the health of young people in his role as Parliamentary Under Secretary of State for Public Health and Primary Care."

Steve Brine said: "I was very pleased to be able to come along and spend the afternoon chatting to students at various stages of their education, and I very much enjoyed the discussions we had."

Pictured; Steve with members of the St Swithun 6th form.