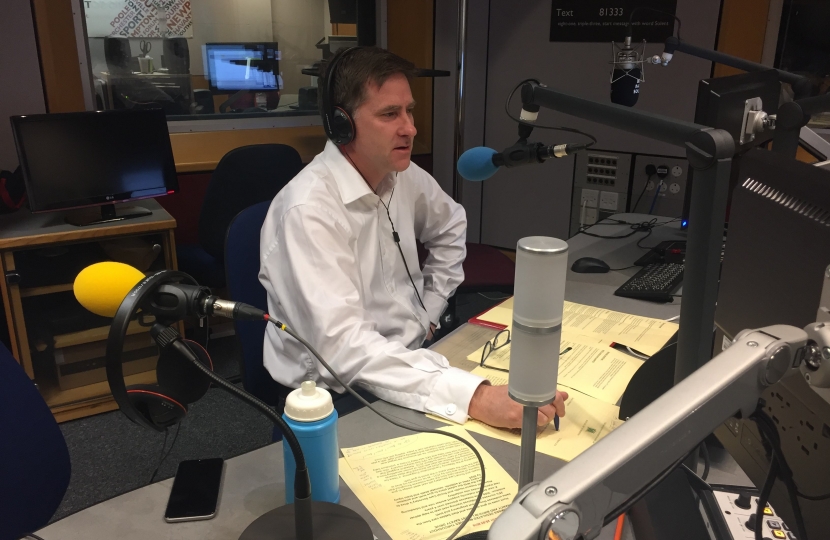 Steve Brine has welcomed news that the Government has brought into force new powers that will help local authorities crack down on rogue landlords and drive up standards in the private rented sector.

From Friday 6th April, there has been a new database of rogue landlords and property agents together with powers for serious and prolific offenders to be banned from operating.

Steve Brine said: "The private rented sector is an important part of our housing market, housing 4.7 million households in England. The quality of privately rented housing has improved rapidly over the past decade and 82% of private renters are satisfied with their accommodation, and I am clear that the Government wants to support good landlords who provide decent well maintained homes and avoid further regulation on them which increases costs and red tape for landlords, and also pushes up rents and reduces choice.

"Overcrowded and poor quality housing has a wider impact on the local community as it can result in excess noise, increased demand on local services such as waste collection and anti-social behaviour generally.

"I am delighted that the Government is determined to crack down on these rogue landlords and either force them to improve and raise their standards or to leave the sector entirely."

Local authorities already had strong powers to tackle rogue landlords and poor property conditions, and the Government have produced guidance on how to use those powers effectively, while also giving local authorities the ability to step up their enforcement activity by allowing them to impose civil penalties on rogue landlords of up to £30,000, retaining the money for private sector housing enforcement purposes. Ministers are now bringing into force new powers introduced by the Housing & Planning Act 2016.

Steve Brine continued: "Banning orders will be available for serious and prolific offenders, and where someone has been convicted of a serious crime, a range of housing offences or renting property to an illegal immigrant, it will be possible for a banning order to be made against them. Breach of a banning order will be a criminal offence punishable with up to 6 months imprisonment and/or an unlimited fine."

The database will contain records of landlords and property agents that have been banned from operating as a landlord or agent, convicted of banning order offences, or received multiple civil penalties for housing offences.

Mr Brine added: "Ministers are fully committed to supporting tenant choice and the Government is exploring a range of options to make the information on the database publicly available, which would enable prospective tenants and others to check whether a landlord or agent has been subject to enforcement action. We are confident that these initiatives will help local authorities to improve enforcement action against rogue landlords and drive up standards in the sector."