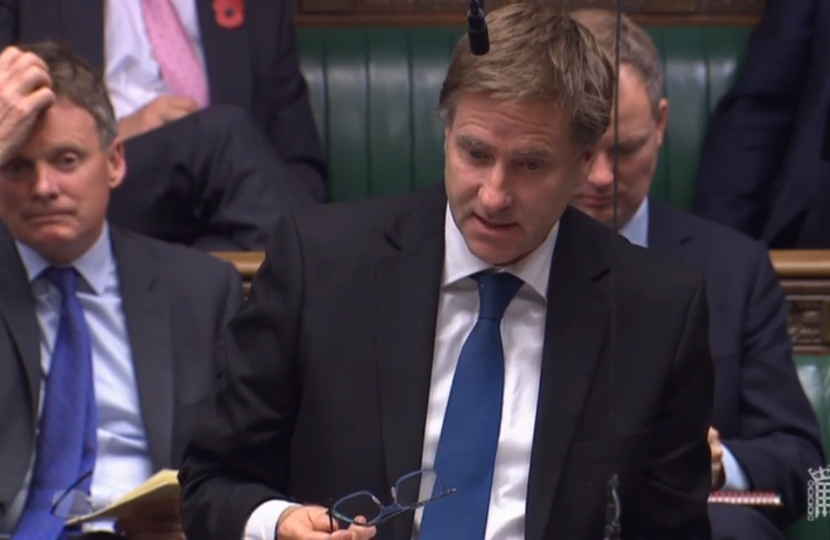 Steve Brine spoke in the debate on the Environment Bill on Monday 28th October. The Environment Bill is the UK Government’s flagship legislation to tackle climate change, and to protect and strengthen the UK’s environmental protections as it leaves the EU.

The Bill aims to make good the Government’s promise to leave the environment in a better state for the next generation. Around this new green governance, it could take direct action to address the biggest environmental priorities of our age: air quality; the protection and enhancement of UK landscapes, wildlife and habitats; more efficient handling of resources and waste, and better management of our surface, ground and waste water.

Intervening on the DEFRA Secretary, Theresa Villiers, Steve Brine said: “As a former public health Minister, I know that our clean air strategy was described by the WHO as an “example for the rest of the world to follow.” Will the Secretary of State just say a word about how this Bill will enable and help local government to meet it’s responsibilities in improving air quality across the country?”

Theresa Villiers agreed with Steve, emphasising the important role local authorities have to play in improving the air quality of our towns and cities. She said: “We will not be able to succeed in our ambition to clean up our air quality without strong action for local government and there are important provisions in this Bill to help local government address air quality challenges, for example, in relation to domestic burning.”

Pictured; Steve on his feet during the debate.

To read more than a decade of Steve’s work on his Green Winchester campaign, click here