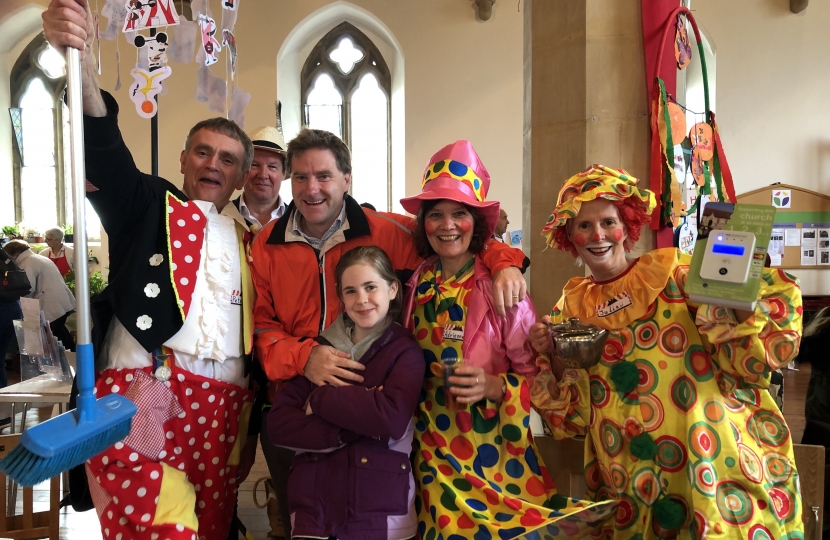 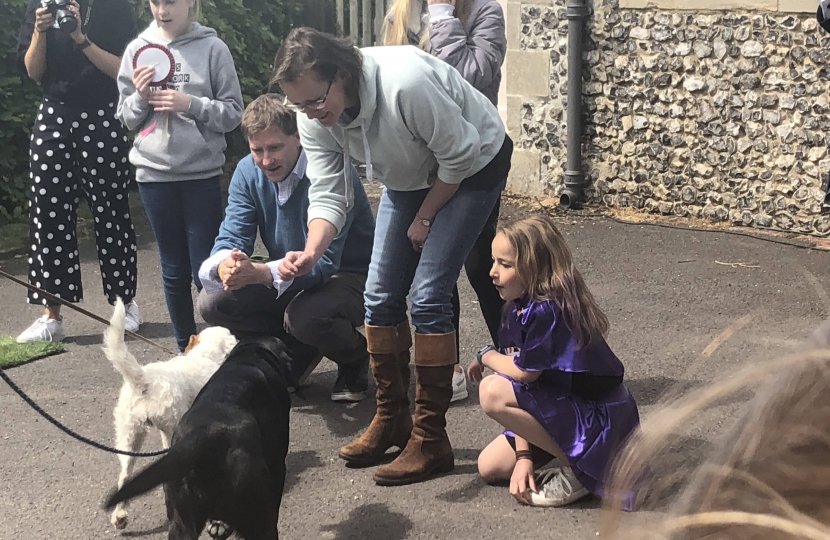 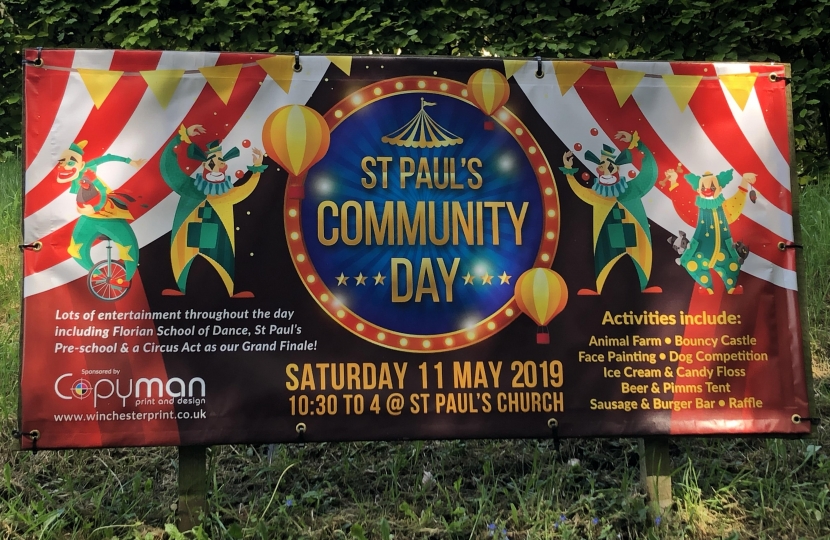 Saturday 11 May saw this year's Community Day at St Paul's Church in Winchester and, for the tenth consecutive year, Steve Brine and his family were there to support.

The 2019 event was part of the ongoing effort to raise funds for the church as part of its Building for Life project. The anticipated cost is some £910,000 and the team is now only £180,000 short of this figure.

The Community Day, held inside and in the grounds of the church in Fulflood, was opened by the Mayor of Winchester and this year had a clown theme with performances from from Integr8 Dance, St Paul's barbershop quartet, St Paul's Pre-school and Western Church of England Primary School.

New for 2019 was a dog competition which was judged by Steve Brine and his daughter Emily.

Steve said; "This was the very first constituency event I attended in May 2010 and we've been every year since. Peter Seal leads a smashing flock and it's always a pleasure to support them and their ambitious plans to improve the church.

"Well done to everyone involved, especially Peter and Julia Seal but also Bill Lucas and the committee who put on a great show enjoyed by us all. Candy Floss King was a real hit with young and old once again this year."

Pictured; Steve and Emily with some of the St Paul's team and judging the dog show.