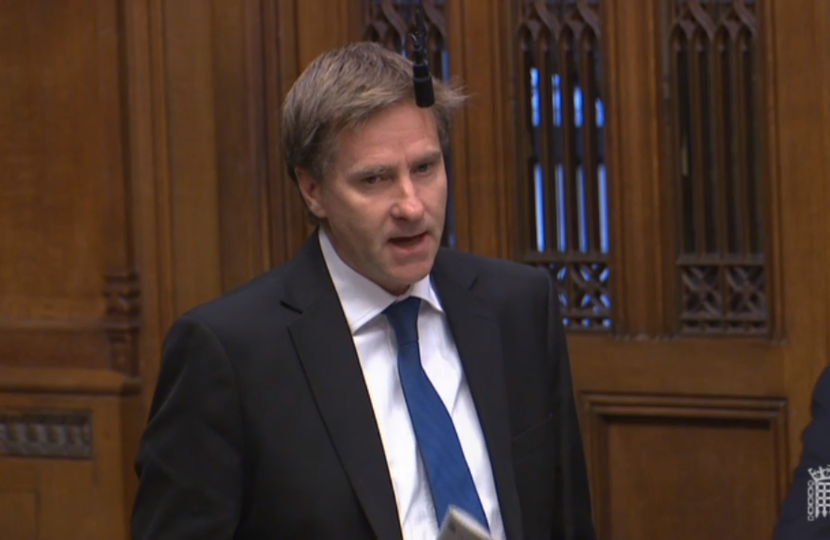 Steve Brine’s near decade of work in the local NHS was praised in Parliament on Wednesday 23rd October.

The Winchester & Chandler’s Ford MP’s #PriorityNHS agenda was commended by Secretary of State for Health, Matt Hancock MP, when Steve intervened on his address to the House, as part of the wider Commons debate on the Queen’s Speech.

Matt Hancock begun his speech focusing on the long term future of the NHS: “I rise in support of the Queen’s Speech, which has more action on health than any Queen’s Speech in a generation. At its heart it has five major legislative reforms that will set the course of health and social care for years to come.”

Steve rose to intervene, saying: “Can I thank you for the vote of confidence you’ve shown in the NHS in Winchester, and always being willing to listen. After a very difficult CQC report last year, we managed to secure an investment to transform the A&E department.”

He went onto offer an invitation to the Health Secretary: “Can I encourage him to come down one hour on the train from Waterloo to see where our new district general hospital is emerging, delivering long-term safe and sustainable services in Winchester?”

The Health Secretary responded, praising the former Health Minister’s decade of work on the local NHS, saying: “I pay tribute to his work, both on the prevention agenda and on public health in Government, but also in ensuring that this long term plan approach we have to capital investment, with a new hospital, in Winchester, over the next decade, will give the time, to plan to ensure that that investment brings the whole health system together in Winchester and really delivers for the people of Winchester, and with him as the local representative, I’ve got absolutely no doubt that’s what’s going to happen.”

The exchange came as Ministers and the NHS announced funding for Hampshire Hospitals NHS FT to embark on a major rebuild of Winchester Hospital.

Pictured; Steve on his feet in the Commons during the NHS Queen's Speech debate.

To see more than a decade of work on the local NHS, go to www.stevebrine.com/priorityNHS