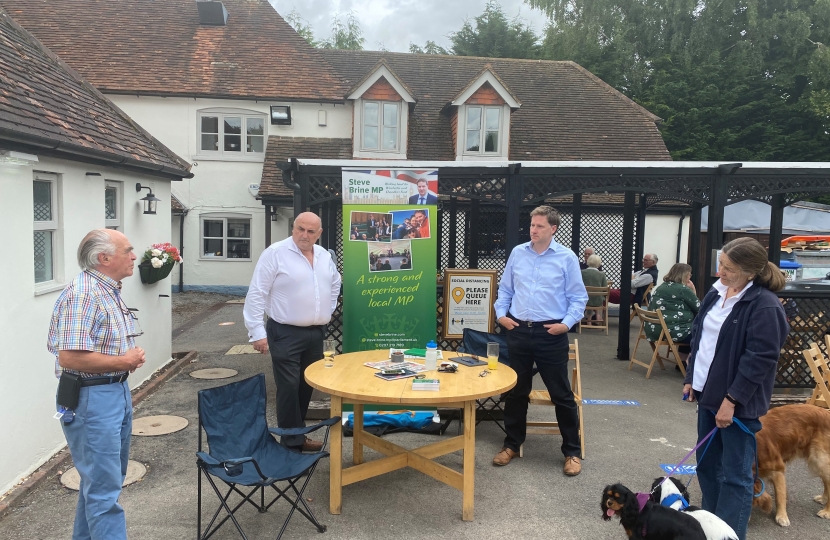 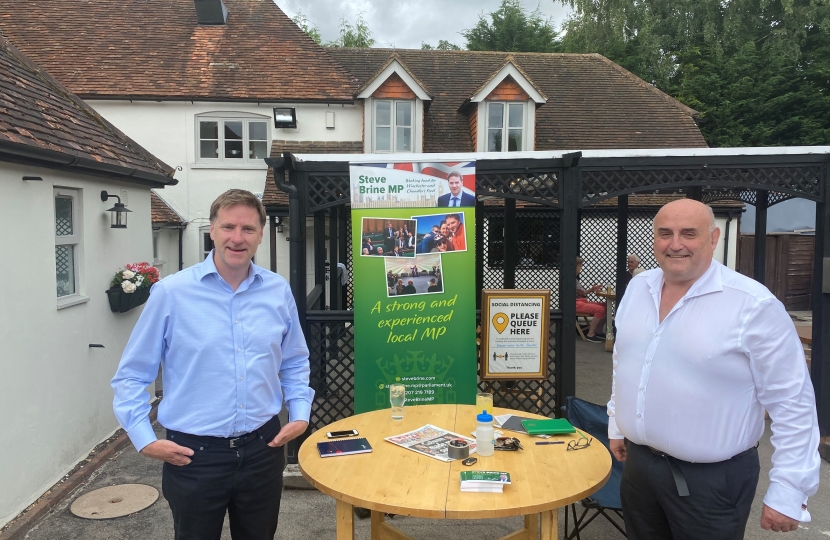 The picturesque village was the second stop on the MP's 2020 schedule and Steve was joined by well-known City Councillor, Stephen Godfrey.

The pair spent several hours meeting villagers and pub-goers who raised a variety of subjects around local and national issues.

Steve says; "We visited the pub, while it was being renovated, during the recent General Election campaign and I had promised to get back as soon as possible. That may have taken a little longer than hoped, owing to Covid, but we were not disappointed.

"Paula and Dave have turned a derelict site into a warm and friendly village pub and trade was brisk as we held our pop up surgery.

"Thank you to them for hosting us and to the many villagers who dropped by for a chat."

Pictured; Steve is joined by Cllr Stephen Godfrey as they chat with villagers.

Some people believe MPs put their feet up each Summer - some MPs may even do that!

Steve's Summer Tour is underway - the first of the 2020 Parliament.