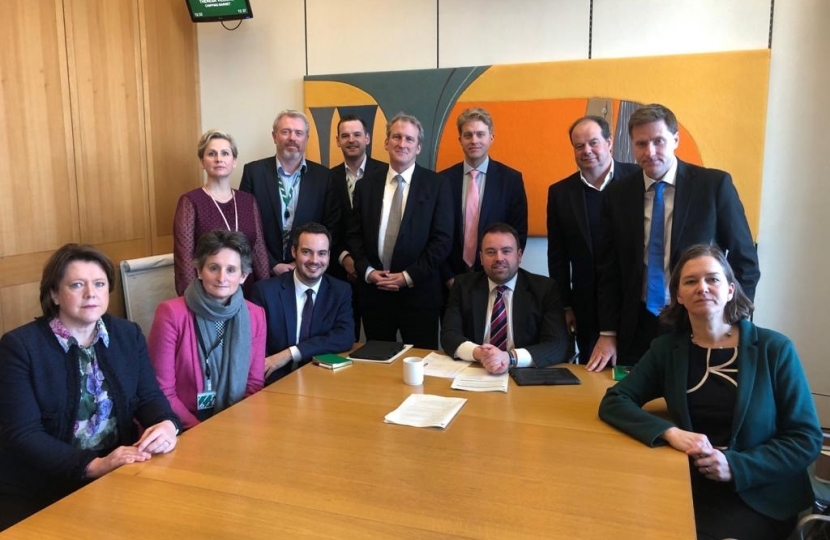 Steve Brine has welcomed an announcement by South Western Railway that passengers affected by the strikes of December 2019 will get additional compensation, above and beyond normal delay and repay schemes.

Constituents of Winchester and Chandler’s Ford were heavily affected by the strikes, which took place for all but two days in December, including right across the Christmas period.

Steve has recently been elected as Vice Chairman of the powerful new All-Party Parliamentary Group on South Western Railway, a cross-party group of MPs who’s constituents use the franchise and recently pressed the company to do better for those impacted by the ongoing industrial action.

The MP said; “Last week, at our new All-Party Group held an evidence session with the leadership of South Western Railway and I raised the insufficient compensation package which just wasn’t good enough. They have responded as I hoped and we now need them to follow through with as little hassle and bureaucracy as possible for passengers.”

Mark Hopwood, Chief Executive of SWR said:  “Since I arrived at SWR I have listened carefully to customer feedback and I believe it is right that we offer additional compensation over and above our Delay Repay scheme for the disruption caused by December’s strikes.

Those wishing to apply for compensation should visit: https://www.southwesternrailway.com/december-2019-strike-compensation

Pictured; Steve Brine MP with colleagues at the APPG group in Parliament.