Time to move on says MP as trade deal debated 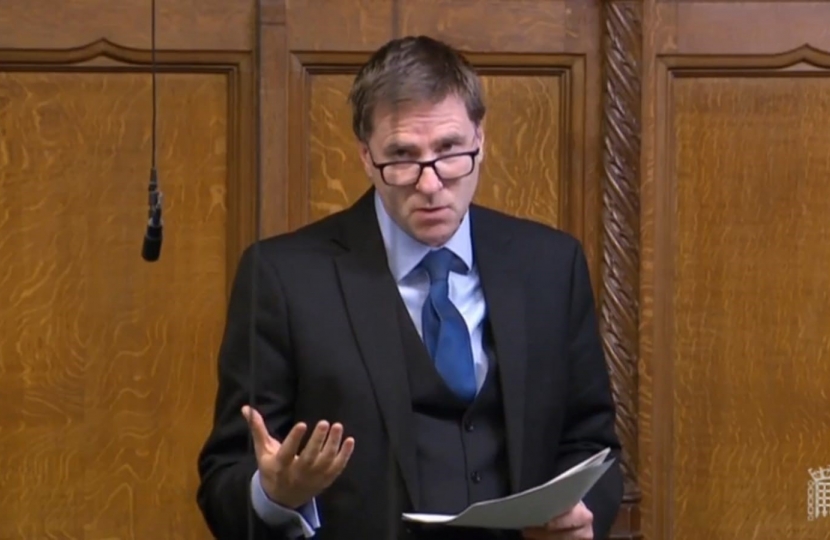 Winchester & Chandler’s Ford MP, Steve Brine, was among a handful of MPs who spoke in this week’s landmark debate as parliament approved the Government’s Brexit deal in a special sitting.

Backing the UK/EU trade deal in a vote held late Wednesday, Mr Brine said Britain is “a country that honours the votes cast by its’ people and today is the culmination of that process.”

He said following the referendum result in 2016, he had just two red lines which could both be summed up as an orderly departure from the EU. “One was a transition period, the key ask of business, and the other that we leave with a deal in place between the UK and it’s closest neighbours largest trading partner.”

“I will support the Bill today, not just because it avoids the no deal many feared - and it is no small irony that those who raised such hysteria against the whole notion of Brexit voted for a hard no deal exit today - but because it’s a good deal for Britain and it does what we promised at the General Election last year.”

But while he welcomed the tariff and quota-free trade in goods, continued social security coordination and security cooperation within the agreement, he said it was only a framework.

“The success or otherwise of thus new chapter in our country’s history is not here in the 1200 pages of this treaty”, he said. “That’s all still to be written. It’s down to us”, and he asked Ministers to move fast to give even more clarity to the financial services sector in particular.

And the MP, who last year had the Conservative Party whip removed for voting to stop a no deal exit, ended by telling Parliament it’s time to move on.

He said, “Although we have left the political structures of the EU, this country will remain culturally, emotionally, historically, and strategically attached to Europe; not least through the four million EU nationals who are our friends and neighbours.

“We now have a new future to look forward to. It won’t be the same and that’s OK. It’s time to come together, remember we have far more that unites than divides and move on.”

Read the debate in Hansard

Watch back the entire debate via Parliament TV