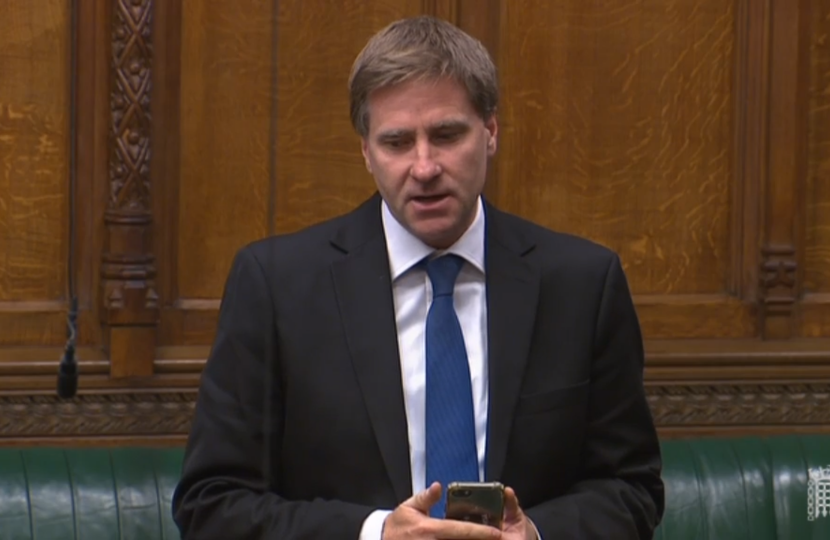 Steve Brine spoke in Parliament on Thursday 24th October to ask the Leader of the House whether the Government intended to finally enshrine the Armed Forces Covenant into Law.

The Covenant is a promise by the nation to ensure that those who have and continue to serve and their families are treated fairly and suffer no disadvantage. The Covenant recognises the sacrifices made by serving personnel, veterans and states that their families should be recognised accordingly.

First mentioned in the 2011 Armed Force Act, the Covenant applies across the UK and the Government and requires the Secretary of State to only report annually to Parliament on its progress in upholding it.

The Winchester & Chandler's Ford MP said: “The Armed Forces Covenant is incredibly important. I know the Prime Minister agrees with that and wants to bring legislation. I notice that wasn’t in the Queen’s Speech that we’ll be voting on tonight, may the Leader of the House update us?”

Steve Brine added; "I was pleased to be able to raise this as, while I know the covenant is important, it doesn't always do what it was intended to do. Pathways within the NHS are a good example and why I think it's now time to write into statute what veterans can expect - and indeed be entitled to - when it comes to NHS treatment, housing provision and many other services."

Pictured; Steve Brine in the House of Commons earlier today.