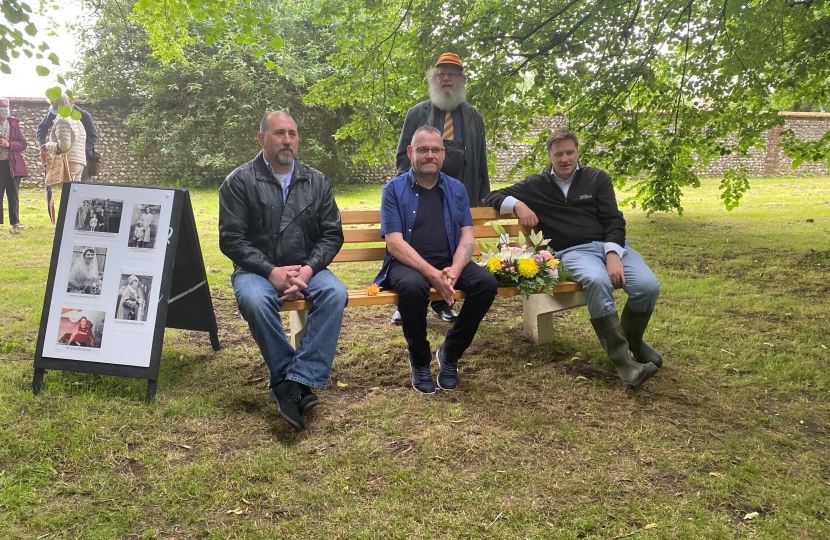 A very special event took place this afternoon to mark the memory of one of Alresford's much loved characters.

The New Alresford Town Trust marked the 51st anniversary of its well-used minibus and unveiled a brand new bench in honour of Pam Stevens who was NATT secretary for many years until her death past year.

The bench, which is situated on The Avenue, will be a great place to rest weary legs for residents and visitors in the Georgian market town.

Steve Brine MP, who was on-hand to unveil the bench, said; “Pam was, in so many ways, Mrs Alresford and she put so much into the town to help so many people. She was never bothered who got the credit, she just wanted to get things done and she certainly did that time and again. Alresford will certainly miss Pam Stevens and so will I.”

Members of Pam's family were present at the event and her son, David, spoke about his mum.