Vote explainer on Lords' Amendments to the Environment Bill re. Storm Overflows 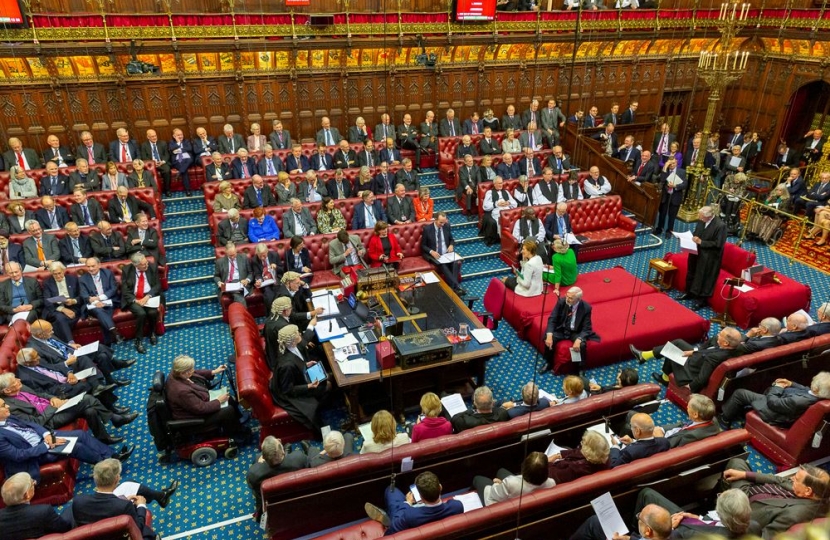 It is not hard to share the widespread concerns of constituents about the use of storm overflows and I need no convincing as to the importance of ensuring clean and healthy rivers given the Itchen runs through my patch and the Test is right on our doorstep. That is why I am pleased we have, as a Government, been tackling the use of storm overflows with pretty robust actions.

I have also been closely involved in pushing the issue, not least as one of the sponsors of Phillip Dunne MPs Private Members Bill - the Sewage (Inland Waters) Bill. Due to the pandemic it never got heard on the floor of the House but a lot of the work it put out there hasn't been lost and ultimately fed into this week's debate.

Further to this, I hope this comprehensive Vote Explainer is of some use and raises the bar on what is an important debate.

The issue and what have we done?

We have made significant progress this year in particular, and I will explain more about this shortly. However, let me begin by commenting on Lords’ Amendment 45 to the Environment Bill, which was voted on this week as the Environment Bill returned to the Commons for what is known as "Lords Amendments" and about which a number of constituents have contacted me.

The Government has inserted a range of amendments to the Bill - in the Commons and the Lords - to address the concerns I and other colleagues have raised about the use of storm overflows. I was pleased to vote in support of Amendment (a) to Lords Amendment 45, which passed by a margin of 265 votes for to 202 votes against.

Concerns have been raised that section 141A, tabled by the Duke of Wellington in the House of Lords, was removed from Amendment 45. Section 141A sought to place a new duty on sewerage undertakers in England and Wales to demonstrate progressive reductions in the harm caused by discharges of untreated sewage.

This all sounds admirable, and indeed is something I support in principle. But the trouble is that the Duke’s amendment came with no plan as to how this can be delivered and no impact assessment (including how it would be paid for) whatsoever.

Some might argue that a plan is not essential, that one can be formulated afterwards. I would be sympathetic to this point of view if we were talking about a simple, inexpensive endeavour. But in eliminating storm overflows, we are talking about transforming a system which has operated since the Victorian Era, the preliminary cost of which is estimated to be anywhere between £150 billion and £650 billion.

To put those figures in perspective, £150 billion is more than the entire schools, policing and defence budgets put together, and £650 billion is well above what has been spent combatting the Coronavirus pandemic. That latter point alone has led to us breaking our manifesto commitment to raise National Insurance contributions so they NHS can 'catch-up'.

The Government’s view was that it would have been irresponsible to have inserted this section in the Bill given that it was not backed by a detailed plan and a thorough costed impact assessment. It would have been the equivalent of signing a blank check on behalf of billpayers.

However, I was pleased to support of the other amendments to the Environment Bill relating to storm overflows (including the rest of Amendment 45) and the voting record in Hansard (linked below) shows that clearly.

This is absolutely essential, as it will provide Parliament and the public with up-front, clear and comprehensive information on the cost and impact of eliminating storm overflows. Between the Government plan on storm overflows and the new elimination report, we will fully understand precisely how we can best tackle storm overflows.

So while setting out lofty aspirations is all well and good, what we really need to do is the long, detailed, practical work required to understand how we can deliver on these ambitions. It is not glamorous or headline-grabbing and it doesn't fit into a tweet but it is the effective action we need to deliver for local residents.

Please do not think that the Environment Bill only legislates for the production of plans on tackling storm overflows, however vital these no doubt are. I was pleased to support amendments to the Bill which take firm and immediate action to tackle storm overflows in the short-term. This includes:

Outside of the Bill, Ministers have made their expectations crystal clear in DEFRA’s draft Strategic Policy Statement to Ofwat. For the first time, the Government will be telling the industry’s financial regulator that it expects water companies to take steps to “significantly reduce storm overflows”, and that it expects funding to be approved for them to do so.

Ministers will also undertake a review of legislation which would require Sustainable Drainage Systems to be constructed to ministerial standards on new developments, reducing the pressure on the sewage system.

All of these measures are informed by the work of the Storm Overflows Task Force, which Defra established in August 2020 to bring together key stakeholders from the water industry, environmental NGOs, regulators, and Government in order to drive progress in reducing sewage discharges. The Taskforce has agreed a goal to eliminate harm from storm overflows.

I hope this information is helpful and reassures readers that any suggestion that MPs are not taking firm action on storm overflows is false. This week Parliament voted in favour of taking a range of immediate steps to address storm overflows, together with a legal duty on government to produce detailed and costed plans for reducing and eliminating storm overflows entirely.

The Environment Bill is not yet an Act of Parliament. The Commons will now send what are called 'messages' back to the Lords and they, including Lord Wellington, must consider whether to send it back to the elected House. This is what you may have heard referred to as parliamentary "ping pong" and we expect (although not confirmed) MPs will next consider the Bill week commencing 1st November 2021.

For the reasons set out above I was content to support the Government this evening and (just) to give them the benefit of the doubt on the Wellington Amendment. I have since spoken with the DEFRA team, Phillip Dunne MP and my whip to urge a compromise with their Lordships in the time and space they now have. We have done so much, and this Bill is something we can be hugely proud of, but there's always room to improve if we can overcome the lack of plan and costed implementation of any wholesale change around storm overflows.

Maybe I am ever the optimist but I think this is possible and I know a great many conversations are being had. What's more, Ministers want this Bill to become an Act of Parliament before COP26 gets underway so we should use that focus minds!

Locally, I will continue to pressure Southern Water to deliver the urgent infrastructure upgrades which are required in Hampshire and the wider area and plan to meet with them - on the ground in our constituency - as soon as this legislation is on the Statute Book. I am writing to them this week to set that up and look forward to sensible ongoing engagements as you'd expect from an experienced constituency MP.

While I realise one-liners on websites that present as legitimate news outlets and organised (partisan) trolling on social media is easier to consume - especially if you want to believe the worst - current discussions in Parliament are somewhat more complicated and deserve detailed, sober explanation. As I said in my column for this week's Hampshire Chronicle, we all have a responsibility to lower the temperature and every time we engage politically we should ask ourselves whether we’re part of the solution or part of the problem. Asking a question of your MP as part of scrutiny is right - abuse (and worse) is wrong. Thank you if your contact with me has been professional and polite.