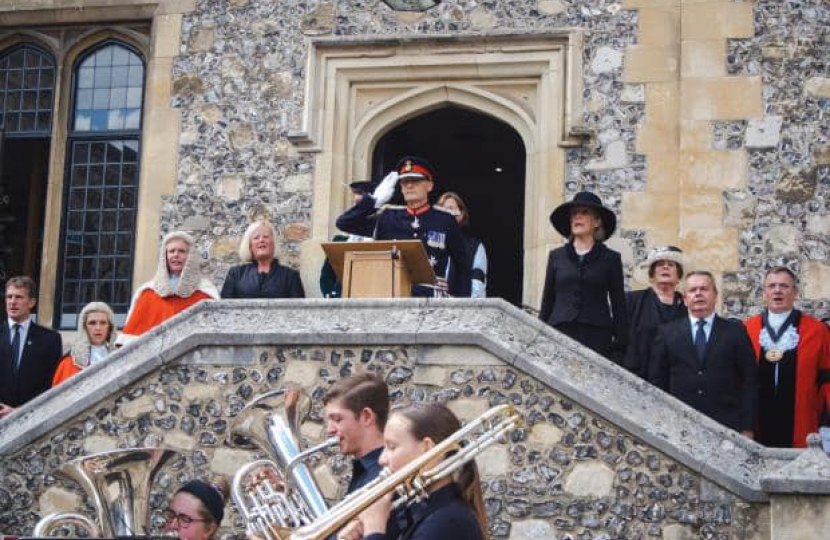 Winchester and Hampshire has proclaimed the new King as ceremonies were held at the Great Hall and Winchester Guildhall.

The Great Hall ceremony was led by HM Lord-Lieutenant of Hampshire Nigel Atkinson Esq and the High Sheriff of Hampshire Lady Edwina Grosvenor whereas the Winchester reading was presided over by the Mayor of Winchester, Cllr Derek Green.

The events were held to welcome the reign of King Charles III and saw residents sing "God Save Our King."  They followed the national reading of the Proclamation in London held on Saturday, September 10.