Winchester Guildhall to be used to boost court capacity 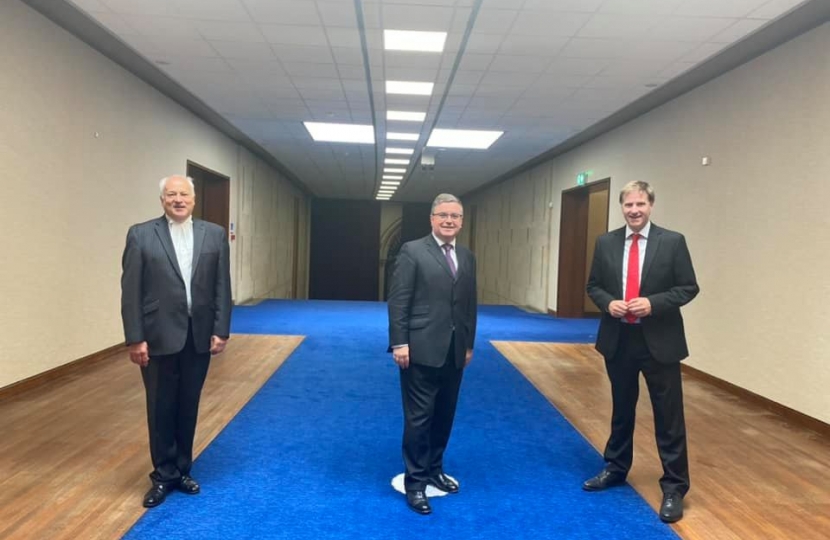 The Winchester Guildhall is to be used in an effort to clear the backlog of criminal and civil cases that has built up due to Coronavirus restrictions.  It has been included in a list of buildings HM Courts and Tribunals Service’s (HMCTS) Additional Courts and Tribunals Capacity programme. While most of the HMCTS estate has been reopened for use, more space is needed to assist in clearing the backlog. New courts part of this scheme will hear non-custodial criminal cases, as well as civil and family court cases. The Guildhall, which was last used as a court in the 1970S while Winchester Crown Court was being built, will be a satellite of a nearby centre from October. It will hold hearings on a temporary basis, as and when required.

Steve Brine MP said; “This is good news and good revenue for Winchester City Council which will no doubt come in handy given it is flatlining on raising its own right now. The backlog is something we discussed when Rob Buckland was with me in the City last month so it’s great we’ve been able to ensure Winchester lends a hand to deal with it safely. That is quite right and proper given our ancient place in the legal entity of Wessex.”

The Guildhall has not escaped the effects of the pandemic and has suffered a loss of revenue, as scheduled events were cancelled and not rebooked. 11 out of the 13 members of staff at the Guildhall have been made redundant.

Recently, the Justice Secretary and Lord Chancellor, Robert Buckland, had visited Winchester Crown Court and HMP Winchester with Steve Brine, ahead of the announcement.

Winchester High Street boasts a new Charity Christmas Card shop from this week. Located in the old Whittard’s shop (next to Costa) the shop will sell cards and gifts on behalf of local and national charities until the middle of December.