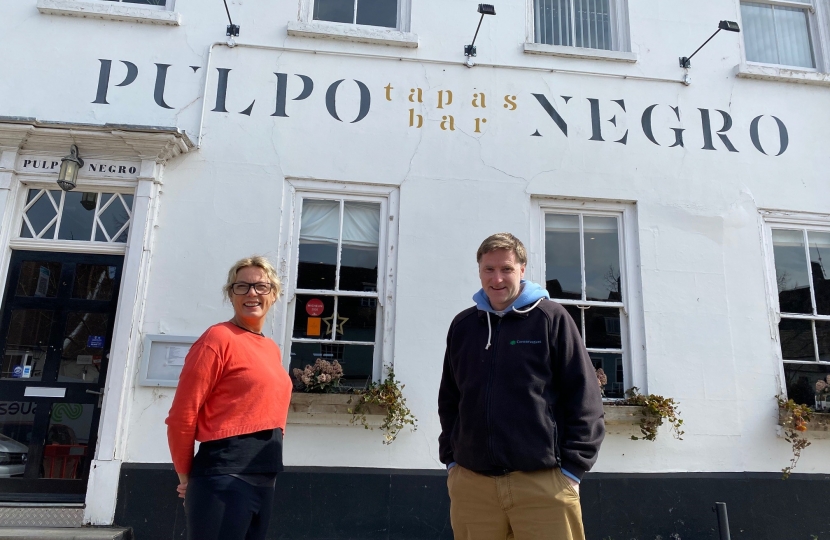 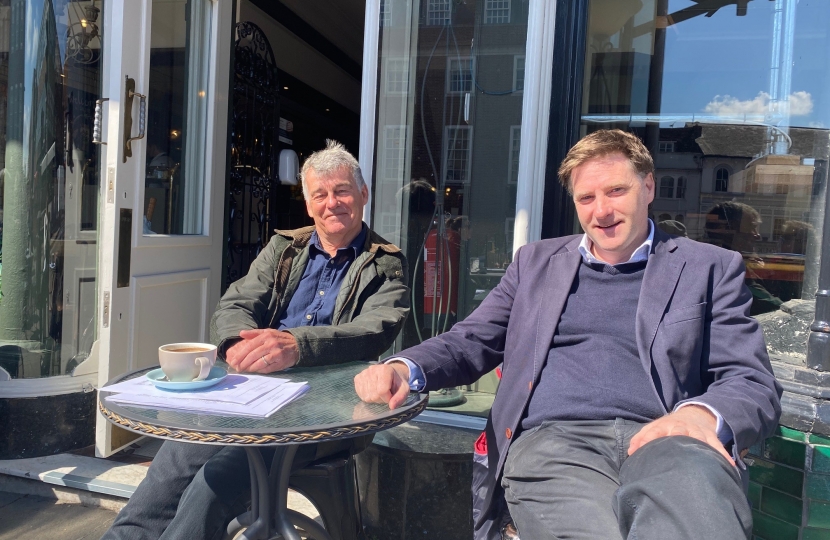 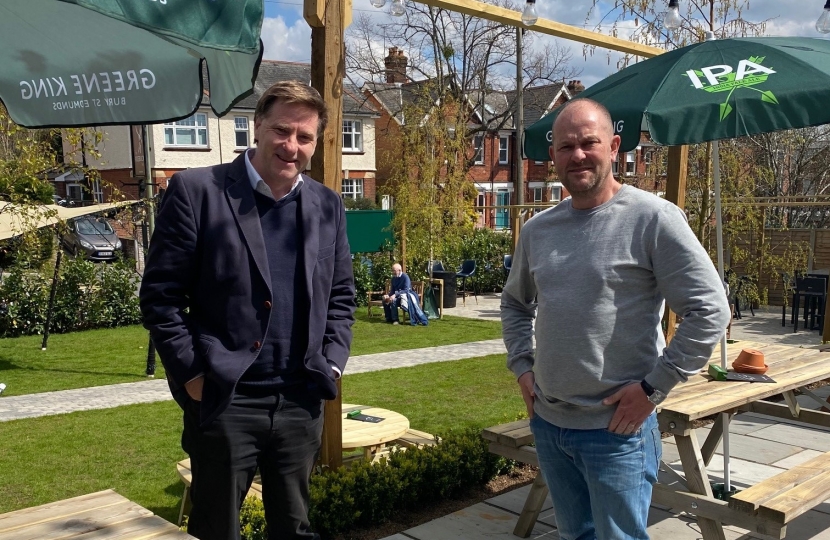 Steve Brine spent time today getting around some local pubs, bars and restaurants as Winchester’s economy starts to unlock.

Steve has previously reached out to the entire local hospitality sector following the announcement of the roadmap and the budget, to see how they were faring and preparing for the coming months.

Recently Steve dropped into Alresford to discuss opening day with Pulpo Negro in Broad Street and during a busy constituency Friday (today) Steve joined the teams at Greens Wine Bar in Jewry Street and the Roebuck Inn in Fulflood to hear how the first week has been and their thoughts on the current situation.

Steve says; “It felt so good to be out and about and hear how it’s going as the roadmap unfolds. Seeing customers back in our pubs and bars was just brilliant but we should remember, as I have repeatedly said in Parliament, outside only is not a meaningful re-opening for some so we need to follow the data not the dates and be flexible on unlocking. It’s very hard to justify tougher restrictions now than last Summer given very low covid levels in our area and a vaccine roll-out that has already protected the most vulnerable.

“This past year has been tough for so many, especially our hospitality sector and it was very useful to hear the feedback coming directly from the industry about week one and their hopes – as well as fears – for the future. I will be feeding it all back to Ministers in Government as always.”

Pictured; Steve at Pulpo Negro, with Peter at Greens and Mark at the Roebuck.