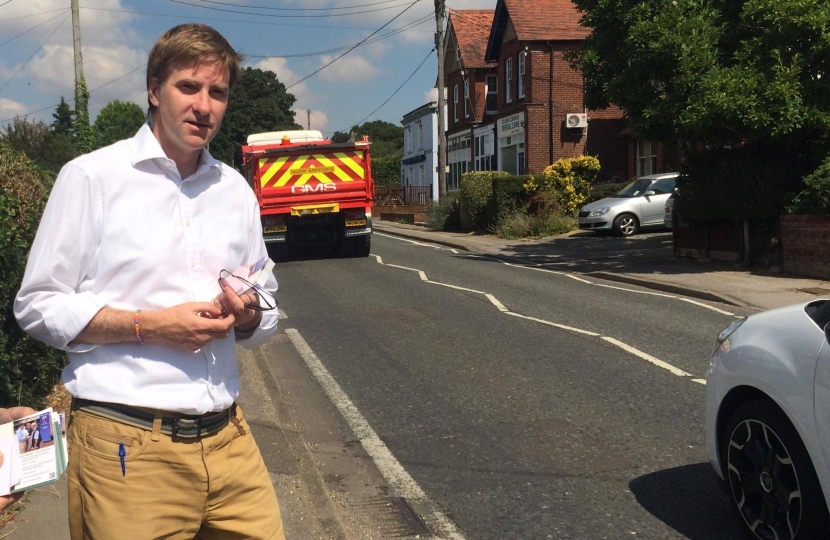 Steve's Summer Tour, in its fourth year, was back for 2014 - with more dates than ever before!

Summer Tour is a great opportunity for Steve to meet constituents in a range of settings, from street surgeries held right across the constituency, door-knocking and even a supermarket surgery- held for the second year running in Badger Farm Sainsbury's.

Steve says; "The House of Commons rose on the Tuesday and my Summer Tour started on the Wednesday. Throughout July, August and the first week of September I am visiting more communities than ever, and as well as being able to discuss national policy and local issues with constituents, I also pick up a lot of casework so it's a wholly worthwhile exercise and something I look forward to each Summer."

Select from the list below all stops on the 2014 Summer Tour ...

Fulflood - To kick off 2014, on 23 July, the team were out meeting residents in the area

Stanmore - Steve and his teams were out, also on 23 July, in Kings Avenue and Stanmore Lane

St Cross - On Saturday 26 July the Summer Tour team were be joined by Cllrs Tait and Mather to meet residents in the St Faith's Road area.

Sainsbury's - For the second year, Steve held a supermarket surgery at the Badger Farm store on 30 July

Shawford - Joined by Cllr Jan Warwick, Steve and the team visited the area on 31 July

Crawley - Meeting residents followed by a bite at the local pub

Sparsholt - Refreshed by the pub, it's out into the village with the team

Alresford - Rounding things off with another Broad Street 'street' surgery

Pictured above; Steve on Main Road in Colden Common.

If you have any questions about the 2014 Tour or wish to suggest a venue for future year's, please don't hesitate to get in touch steve.brine.mp@parliament.uk