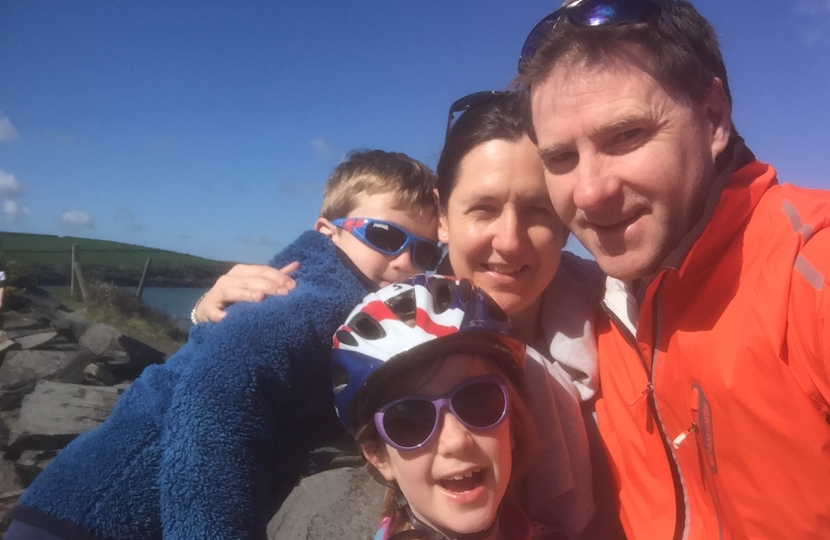 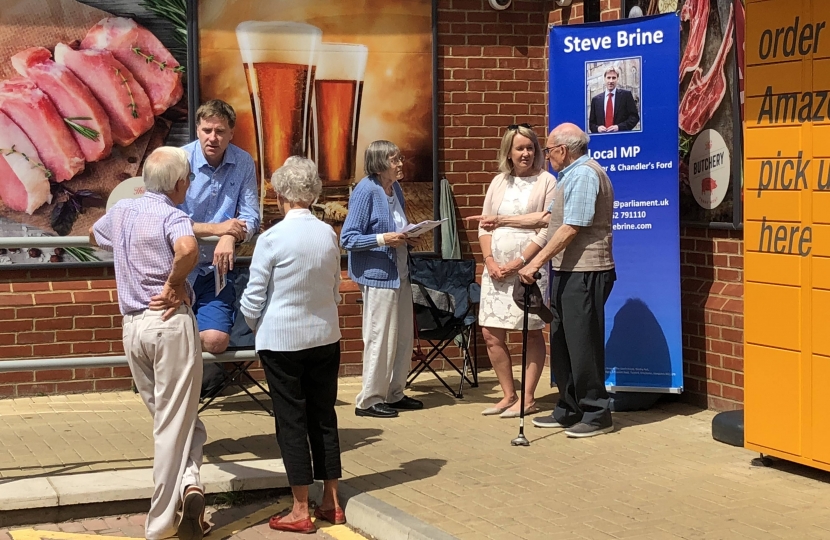 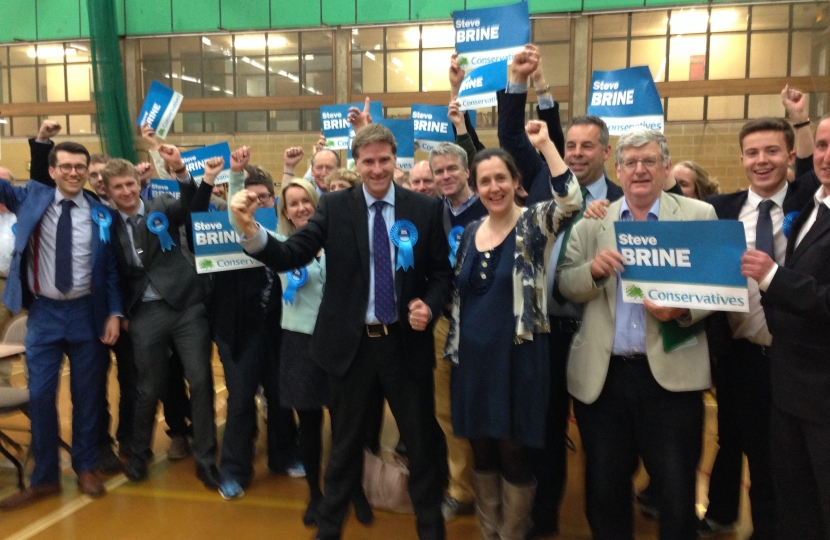 Born in 1974, Steve and his wife Susie, a trained Speech and Language Therapist now working in early years, live just outside the city of Winchester.

Steve is pictured with the family on a family holiday to Devon where they go each year during Parliament's Summer recess.

From 2003 until 2017 Steve had 'Popcorn' the Labrador who was well known to local people as a constant companion to the MP while out and about in the constituency.

Steve was educated at Bohunt Comprehensive School, Highbury College in Portsmouth and the University of Liverpool (Liverpool Hope University College) where he read History and served a sabbatical year as President of the Students' Union.

He is a former radio journalist having spent time with the BBC where he was one of the organisations youngest reporters and producers in BBC Local Radio at the age of 18. He spent periods with BBC Radio Surrey and BBC Southern Counties Radio as well as contributing as a freelance reporter to Radio Five Live. Steve also spent a year working in Chicago, USA with the Tribune Media Group's WGN Radio.

He has worked with one of the country's leading consultancy firms specialising in customer care, culture change and people development. Steve worked within the consultancy division developing new business opportunities among public and private sector clients.

Alongside work in business, Steve has spent time working for Conservative Central Office when William Hague was leader of the party and for a shorter second stint during the 2001-2005 Parliament when he worked with Conservative MPs and Parliamentary Candidates across Hampshire and the Isle of Wight.

During his time as the Prospective MP for Winchester Steve worked with successful golf marketing and publishing business, The Azalea Group. Azalea is a PR and Marketing firm specialising in the golf industry based in Petersfield, Hampshire.

An enthusiastic sports fan, Steve is a great lover of football (he is a Spurs fan), skiing, tennis and has been known to play the occasional game of boules. He is, of course, a keen golfer and plays off a handicap of 17. He is also a great lover of live music and has spent many weekends at The Glastonbury Festival!

In October 2013, Steve joined the Government as PPS (Parliamentary Private Secretary) to Mike Penning; Minister of State at the Department for Work & Pensions and Minister for Disabled People.

In July 2014, Steve moved to the Home Office and Ministry of Justice with Mike Penning; as Minister of State for Policing, Criminal Justice and Victims.

Steve was re-adopted by the Winchester Conservatives to contest the seat at the General Election held on 7th May 2015 and was re-elected with a majority of almost 17,000.

In May 2015 Steve was appointed by the Prime Minister as PPS to Health Secretary, Jeremy Hunt, one of the most senior Ministers within Government. Read more about what a PPS does.

After the change of Prime Minister, in July 2016, Steve became a Government Minister after being appointed by Theresa May as an Assistant Government Whip. Read more about Whips.

Following the election, Prime Minister Theresa May appointed him (in June 2017) as Parliamentary Under-Secretary of State at the Department of Health, a post he held until March 2019 when he resigned from the Government.

In the General Election of December 2019, Steve was re-elected for a 4th time, with a majority of 985.