Steve steps down from Ministerial role 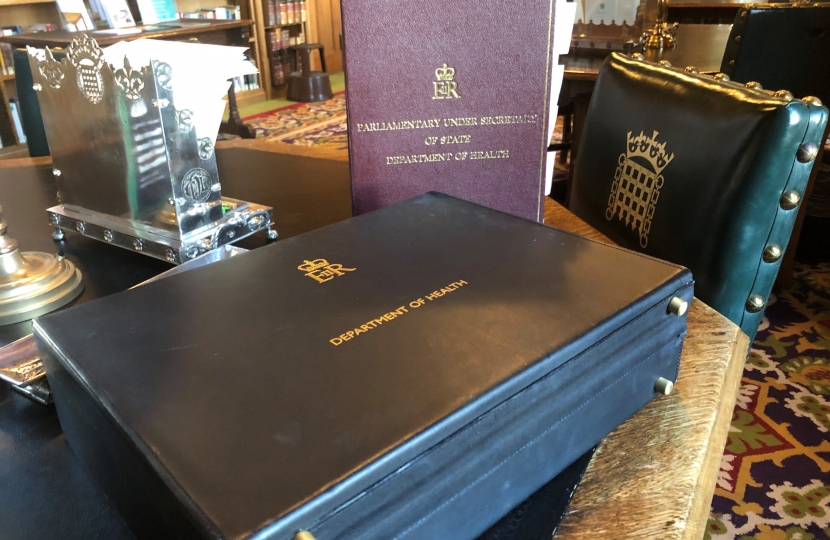 Speaking shortly after a series of crunch votes in the House of Commons, he said; "This evening, I took the difficult decision to step down from my position in Government after almost three years."

Steve announced the news that he would resign a public health minister late on Monday evening. It came as MPs backed a move to hold indicative votes to find a way to solve the current Brexit impasse in the House of Commons.

In his letter to the Prime Minister, Mr Brine said; “As we (have) discussed at length, I feel so passionate that leaving without a withdrawal agreement (commonly referred to as a ‘deal’) is not acceptable to me or in the national interest. I know the vast majority of my constituents in Winchester share that view.

"But I realise ­– as you have said time and again – that you cannot wish away no deal, you only do that by having a deal.

"As you know, I have supported your draft withdrawal agreement twice and would do so again without hesitation. I think it respects the 2016 referendum result moving us from a constitution to a Treaty arrangement and MPs of all parties (and none) should support it. Regrettably however it looks like a tall order for it to pass the House of Commons so we are left in a position where the House must find a common position that can."

Following the news, Mr Brine added: “Theresa May doesn’t have to lose control of Brexit. She has to recognise we don’t have a majority in the House of Commons and reach across the aisle. You can’t do executive-led government in the same way. She needs to recognise parliament is strong in a hung parliament.

"I actually think in a situation such as this, which cuts across party lines in all parties, that is the right and proper thing to do."

Mr Brine said he looks forward to speaking on Brexit - and many other subjects - from the backbenches.

You can download (below) Steve's letter to the Prime Minister.