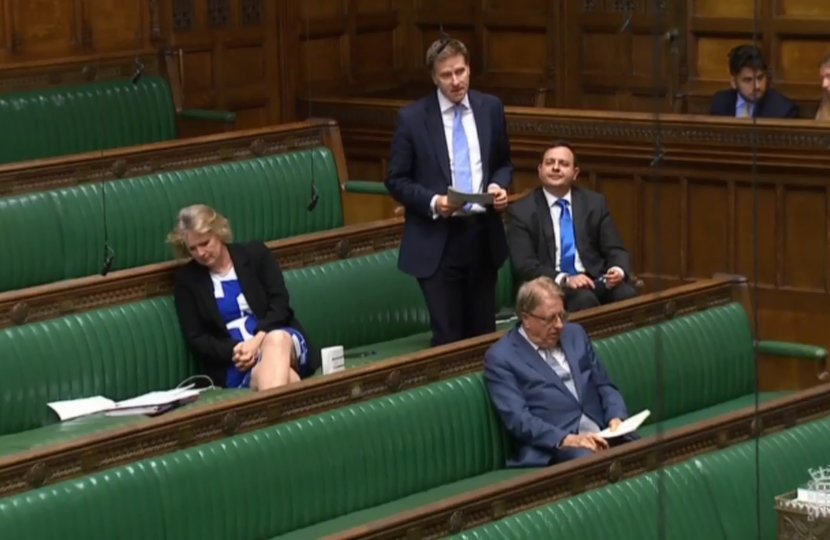 Steve Brine spoke passionately in the House of Commons on Tuesday 18th June as he told a Government Minister that the lives of EU citizens were not a game.

In an Urgent Question, Conservative MP Alberto Costa said that it was inconceivable that any Government could allow the rights of British nationals working, living, studying in the EU to “vaporise overnight” on 31st October in the event of a No Deal.

Steve Brine contributed to the debate by highlighting EU citizens living across the UK as well as in his Winchester constituency, and he told the Commons that whatever the UK’s future relationship with the EU, they don’t deserve to live with the “very real anxiety” that the current uncertainty over is causing them and their ongoing lives.

The short-debate arose after Brexit Secretary, Steve Barclay MP, last night wrote to Michel Barnier demanding the EU cede to a British request that citizens’ rights be agreed between the EU and UK outside of the yet to be agreed Withdrawal Agreement. Until now, the EU as refused to do that and has instructed member states not to enter into separate deals with the British Government.

Responding for the Government, Robin Walker MP said that the Secretary of State’s letter to Mr Barnier has gone but that this is something we should reiterate to our European counterparts at every opportunity.

He said: “We’ve all said, and the EU, I trust in good faith, has said, that they want to put citizens at the forefront of negotiations. We have an opportunity to do so and I think we should continue to remind people that it is about the individuals, constituents living in all of our constituencies, who we really value and we want to provide the greatest possible reassurance to.”