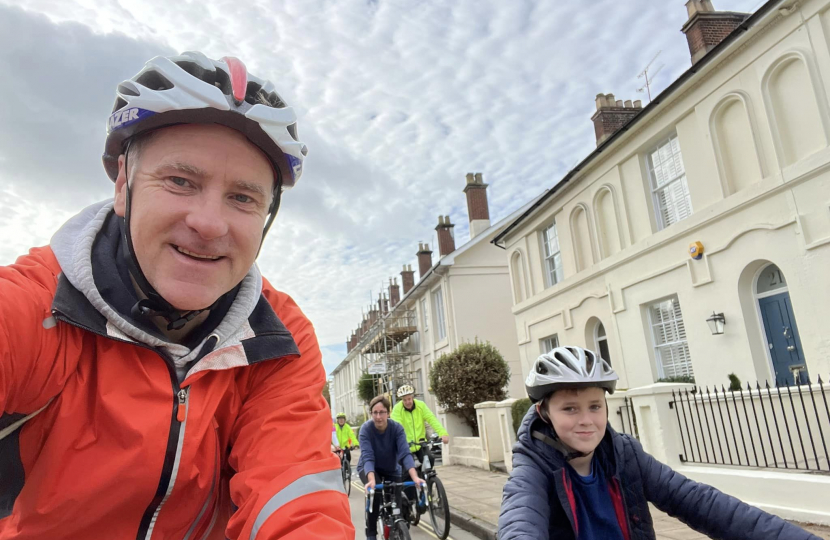 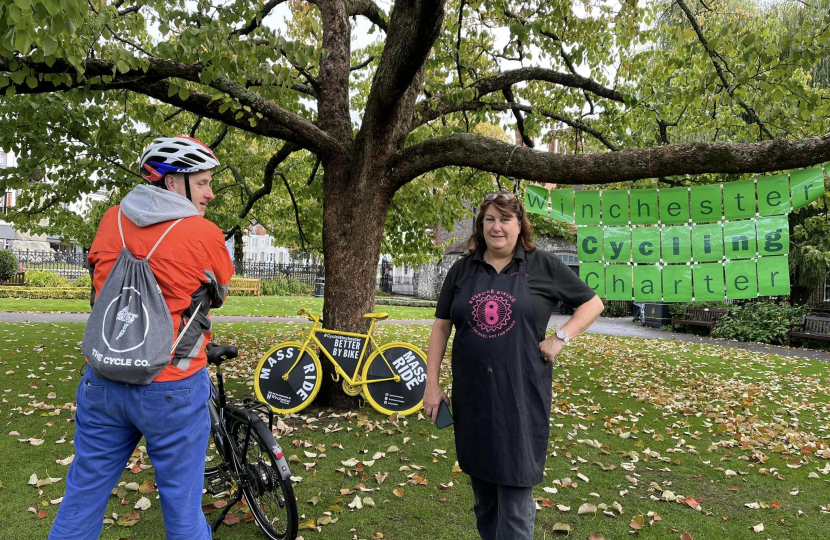 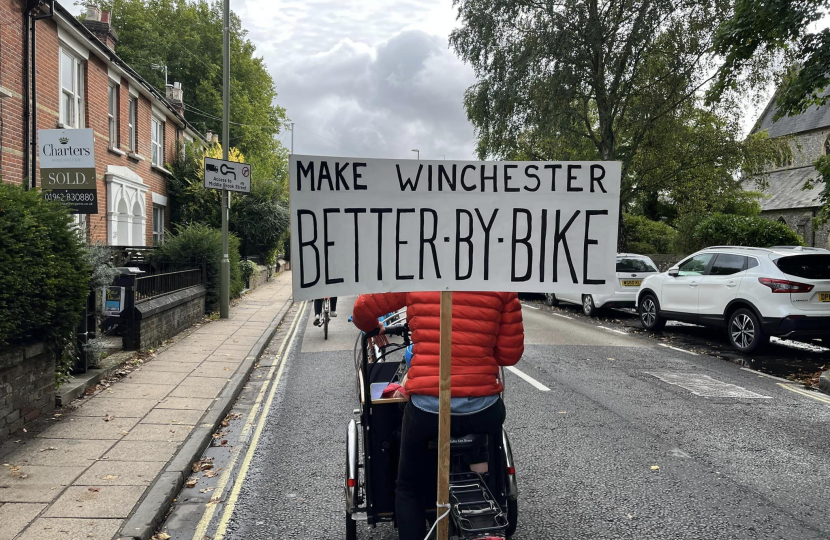 Hundreds of people saddled up to show support for a greener way of getting around Winchester.

Cyclists from across the constituency filled the city's streets with bikes on the morning of Saturday, October 1 when Cycle Winchester, a local community organisation campaigning to make Winchester 'better by bike', organised a sixth Mass Ride.

Some 250 riders joined from five pick-up points across the city, converging on the central one-way system for a processional lap to a backing of bike bells and music, finishing at Abbey Gardens for a post-ride get-together.

John Arthur of Cycle Winchester said that while Winchester may lag "far behind" other places in the quality of its cycling infrastructure, the day showed it lacks nothing in the strength of support for the changes needed to get more people using bikes.

He added: "Although the aim is to have fun together in a big group, the underlying message is that until we see radical changes in the allocation of road space, riding a bike alone on the city streets will be more about fear than fun."

Steve Brine and his son, William, were once again among the cyclists who took part, with the the MP for Winchester borrowing a hybrid bike from The Cycle Company in Shawford. Bespoke Biking also provided a free bike doctor on the day.

Mr Brine added; "Huge turnout including some who’d travelled a long way to join us, always great to see so many out support local cycling and Cycle Winchester. Thanks to Bespoke Biking for their help and above all to The Cycle Company for the loan of the amazing hybrid bike.