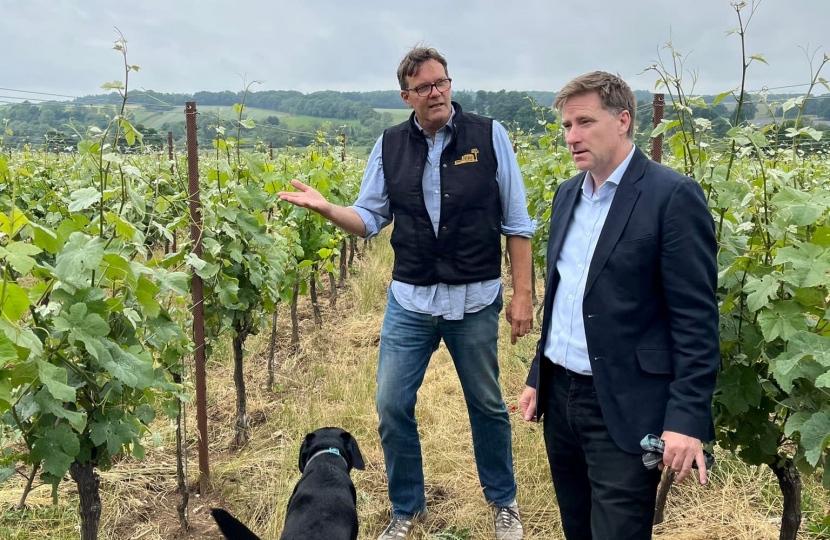 Steve Brine MP, accompanied by labrador Monty, dropped into one Hampshire's vineyards to hear about the growing British wine business and Winchester's key position in it.

Zam Baring, who runs The Grange Wines and it's vineyard at Burges' Field, took the MP on a tour of the fields as well as their construction work on a new, solar-powered, warehouse.

The MP heard about the vital position Winchester and the Itchen Valley is playing in the the county's explosion of wine producers as the chalky soil and warmer climate plays an important role.

Steve said; "A pleasure to be hosted, along with Mony, by Zam and The Grange Wines in Itchen Stoke and I'm thankful to hear about their plans and world class products. Good luck for the future and I look forward to following the exciting expansion the team has planned!"

The Grange Wines first planted their vineyard in 2011 with the first of their range hitting shelves in 2018.