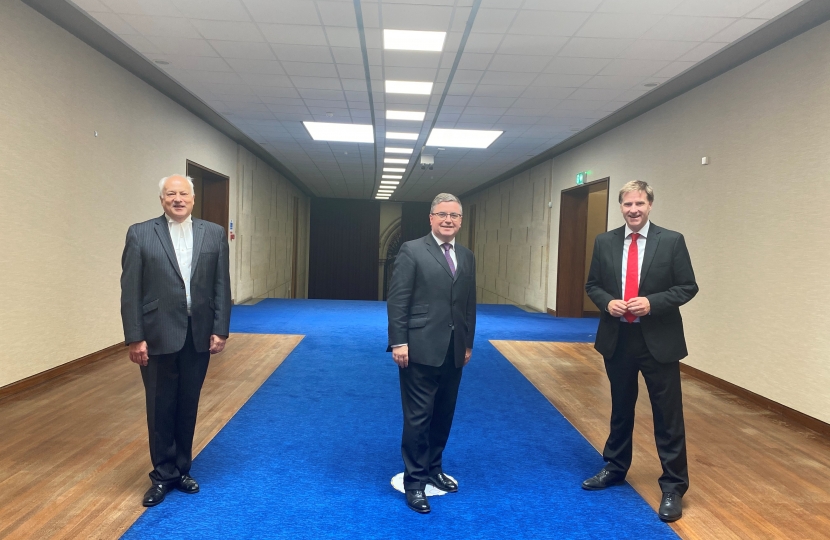 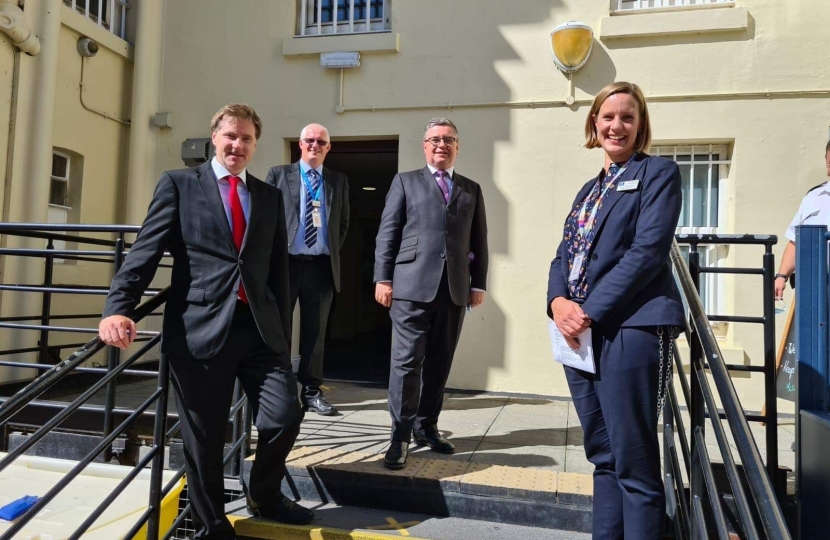 Lord Chancellor and Secretary of State for Justice, Robert Buckland MP, paid a visit to the city today.

The Cabinet member, was joined by Winchester MP Steve Brine, as they visited Winchester Crown Court where they met with members from the criminal and civil bar.

The visit was hosted by Keith Cutler who has been the Resident Judge of Winchester and Salisbury since 2009 and is the Recorder of Winchester.

The Lord Chancellor said; “I wanted to visit to see Keith before his retirement early in the New Year and to see how the facilities at Winchester had been adapted to be Covid compliant, to hear more detail about the proposed nightingale court at the Guildhall and to thank judges and staff for their incredible work in keeping the system going through the crisis.”

The two MPs went on to HMP/YOI Winchester where they met Deputy Governor, Susie Richardson, and members of the senior team including Winchester’s IMB Chair Angus Somerville.

Mr Buckland, who was making his first prison visit since the end of lockdown, said; “HMP Winchester has been on my wish list for some time having discussed it regularly with Steve Brine. We’re both really keen to see things improve.”

Steve Brine MP added; “It was good to have our Lord Chancellor here who remains a firm supporter of Winchester as the beating heart of the Western Circuit.

“After many years of really poor IMB, and Prison Inspectorate reports, it was also important for Robert to hear about the turnaround progress being made at Winchester Prison.”