Ministers move on onshore wind - now it's our turn! 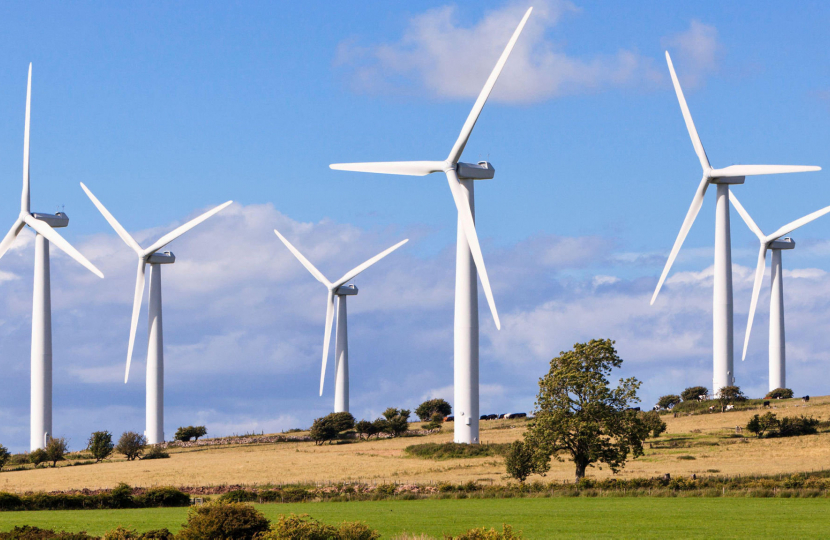 Ministers have set out plans to explore how local councils demonstrate local support and respond to views of their communities when considering new onshore wind development.

Winchester and Chandler’s Ford MP, Steve Brine, has welcomed the lifting of the moratorium and confirmation by Michael Gove that decisions on onshore wind sites will be made by local councillors. Steve says; “These calls are best made by local representatives, of all parties or none, who know their areas best and are democratically accountable to the people they represent.”

“The focus in our area now turns to Winchester City Council or Eastleigh Borough to say where they positively want onshore wind to be located.”

Steve adds; “I get constituents all the time, often in the City, writing to demand new onshore wind sites so I am challenging local councillors to respond to this by asking residents where. And I am asking people to get in touch directly with me, I will send any suggestions onto the council, with their ideas as to new sites.”

The MP has created a simple web-page which you can complete at www.stevebrine.com/onshorewind

To deliver a more localist approach, and commitments made in the British Energy Security Strategy, the government will consult on proposed changes to national planning policy. This follows pressure from MPs, including Mr Brine, during the passage of the Levelling Up Bill currently going through Parliament.

Under the new proposals, planning permission for new onshore wind sites would be dependent on a project being able to demonstrate local support and identifying positive benefits to the local community such as direct payments and lower energy bills. Local authorities would also have to demonstrate their support for new sites, moving away from rigid requirements for sites to be designated in local plans.

Ministers have made sure strong environmental protections - first brought in by the Conservative Government in 2015 - remain so that valued landscapes such as the South Downs National Park are protected.

The government will be inviting views from local authorities, communities and businesses on changes to the National Planning Policy Framework, to be launched before Christmas and concluded by the end of April 2023.

More information / have your say ...