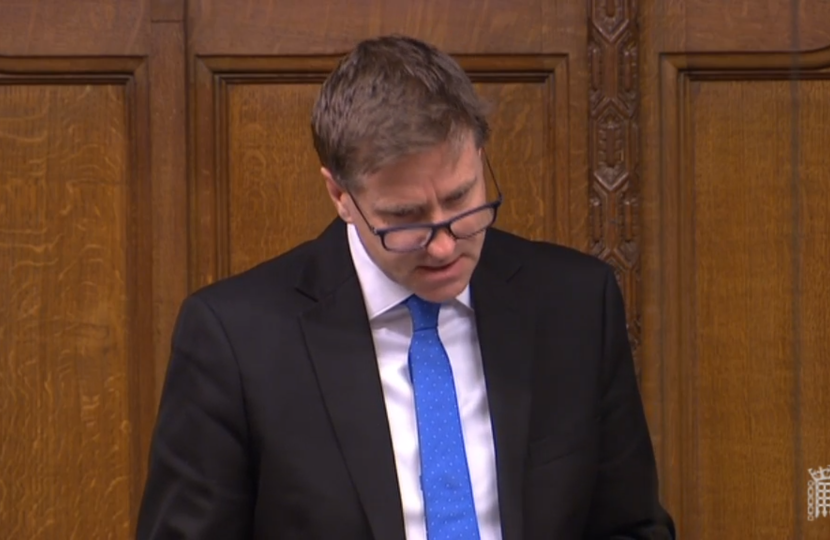 Winchester & Chandler’s Ford MP Steve Brine told the House of Commons the failure of FlyBe overnight is “awful news” for Hampshire and those who face an uncertain future with their jobs.

Speaking as the airline went into administration after a difficult few years, the MP said it was obvious there is not a queue of airlines wanting to pick up the regional FlyBe routes but warned the company against blaming its failures solely on the Covid-19 virus which has plunged the industry into even further uncertainty.

He said; “The basic truth is, if FlyBe hadn’t ever existed, someone would have had to invent it so these routes can not disappear entirely.”

And he challenged Ministers to truly understand the FlyBe failure and to look at other parts of the world for help in protecting key short-haul regional travel.

“The model works brilliantly in the United States, where regional airlines, often flying as franchises of the larger carriers, are large successful businesses but FlyBe clearly couldn’t make it work this side of the pond.”

And he asked; “Why does the Minister think this is the case and realistically what is this Government prepared to do - what can this Government do - to change that given the importance she rightly places on regional connectivity?”

Responding for the Government, the Transport Minister Kelly Tollhurst MP cited the DFT’s promised review into regional air connectivity and her desire through that to understand how we can make it work better in this country. But she stressed today was about the short-term issues arising from the company collapse and asked to meet Mr Brine to discuss the issue.