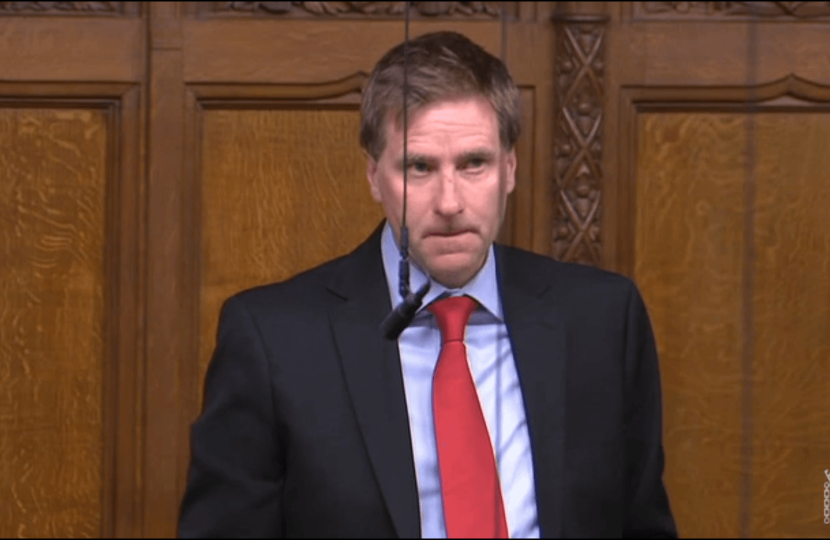 Ahead of this evening’s crunch vote on whether to delay Brexit, Steve Brine sought reassurances  from the Chancellor of the Duchy of Lancaster, Michael Gove, who is responsible for government preparations in case of a so called “No deal Brexit”. Steve was raising the concerns of a constituent of his, an epilepsy sufferer, who said that her life “would be turned upside down” if she didn’t have access to her medication.

Steve said: “She and I, as her MP, we don’t need ifs and buts, we don’t need scare stories; we just need hard facts. This is not a “nice to have and we’ll do our best to have in the awful event of a no deal Brexit”. This is absolutely critical. We need categorical assurance from the Minister at the Dispatch Box that there will not be a shortage of medicine supply.”

Michael Gove replied: “My hon. Friend was a brilliant Health Minister and he knows that medical supplies have been termed as category 1 goods. As I mentioned earlier, as well as making sure that we have the freest possible flow across the short straits, there is additional maritime freight capacity and air capacity to ensure that vital drugs will be in place. So I can reassure him as well as his constituent and those living with epilepsy who need that medicine, it will be there.”

Work continues at pace as MPs respond to the Covid-19 outbreak and I’m doing my best, using all my experience, to signpost the very latest to constituents and businesses. Tough times.