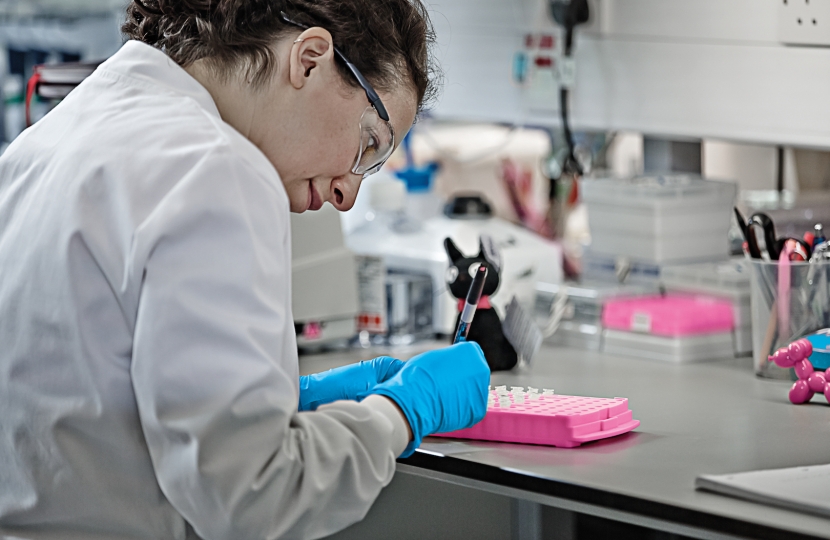 Steve Brine has signed an open letter to the Chancellor of the Exchequer urging Government to provide financial support for UK medical research charities.

The Life Sciences-Charity Partnership Fund, developed by the Association of Medical Research Charities (AMRC), has the support of other politicians including Labour's Hilary Benn, the Conservatives' Sir Roger Gale, and 50 other cross party MPs. They are calling on Government to bridge the projected £310 million shortfall in medical research charities' research spend over the next year.

The open letter urges the Chancellor, Rishi Sunak, to provide three years of matched funding via the proposed fund to protect the vital and unique contributions charity research makes to the UK’s society and economy.

Steve Brine said: “For myself, calling for this fund was an easy decision. As a former Public Health Minister, I know it is vital that we do not, especially in this post-Covid world, let our medical research fall behind. The research charities fund and conduct saves lives and we must do all we can to support their efforts.”

The letter stresses that medical research charities play an "integral role" within the UK’s world-leading research and development sector, which is one of the country's biggest strengths, stimulating new ideas and discoveries and playing a central role in advancing its economy, social well-being and health.

Charities have invested £14 billion in UK research since 2008. They account for half of publicly-funded medical research across the UK: as much as the Medical Research Council (MRC) and the National Institute for Health Research (NIHR) added together.

The suspension of many fundraising activities and shop closures due to COVID-19 has had an immediate and severe impact on charities’ income, forcing charities to cut their research spend by 41% (£310 million) over the next year. The MPs warn that this will have significant long-term consequences for scientific advances that tackle diseases including the UK’s biggest killers, dementia, coronary heart disease and cancer as well as threatening the careers of scores of young scientists.

Aisling Burnand MBE, Chief Executive of Association of Medical Research Charities, said: “Charities are doing all they can to continue their life-changing research, but they cannot do it alone. The UK’s medical research charities urgently need Government to commit to a Life Sciences-Charity Partnership Fund to bridge their projected research spend gap.

“A return to pre-pandemic levels of income are not expected for some years, meaning there will be less funding for vital research that saves lives and brings hope to countless people, and potential damage to the world-class infrastructure and capacity we have built up over decades.

“The support for this open letter shows that MPs across the four nations and political divisions recognise the importance of charity funded research for their constituents affected by life limiting and life shortening illness, those committed to carrying out the research and to the economic investment made in R&D in the UK.

“By investing in charity-funded research, Government can help medical research charities deliver a better future for patients across the UK, protect the UK’s research skills and capabilities and contribute to economic growth.”