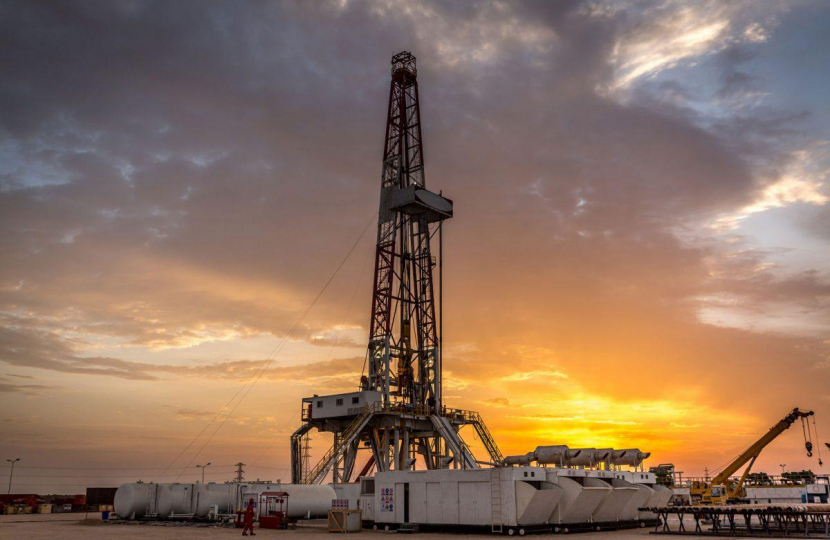 The ban on shale gas fracking in England has been restored by new Prime Minister Rishi Sunak in his first PMQs. His predecessor Liz Truss had lifted the ban on the controversial process where there was local consent.

Ms Truss announced her decision to lift the ban on fracking, which involves drilling into the earth to recover gas from shale rock, in September. With energy bills rising, she argued fracking could boost the UK's gas supplies.

But the move provoked a backlash from many Conservative MPs because of concerns about earth tremors linked to fracking.

The controversial process was halted in 2019 following opposition from environmental groups and local communities.

Labour and other opposition parties are also against the return of fracking.

Asked by Green MP Caroline Lucas if he would restore the moratorium on fracking pledged in the Conservatives' 2019 manifesto, Mr Sunak said: "I have already said I stand by the manifesto on that."

The Tories' general election manifesto said the party would not support fracking unless the science showed "categorically" that it could be carried out safely.

The PM's official spokesman later confirmed Mr Sunak was committed to this promise.

Winchester and Chandler's Ford MP, Steve Brine, welcomed the decision saying; "As I said in the House of Commons last week, I don’t support fracking for shale gas and I don’t think my constituents do either.

“The Conservative Environment Network, of which I am a member, made it clear the moratorium could not be lifted without the express permission of Parliament and subsequently asked Rishi Sunak to simply uphold the ban as we said in our 2019 manifesto.

“As expected, the new Prime Minister listened and acted on his first full day in office. I realise this has dented a well prepared campaign for some but once again our voice has been heard where it counts at the very heart of Government.”