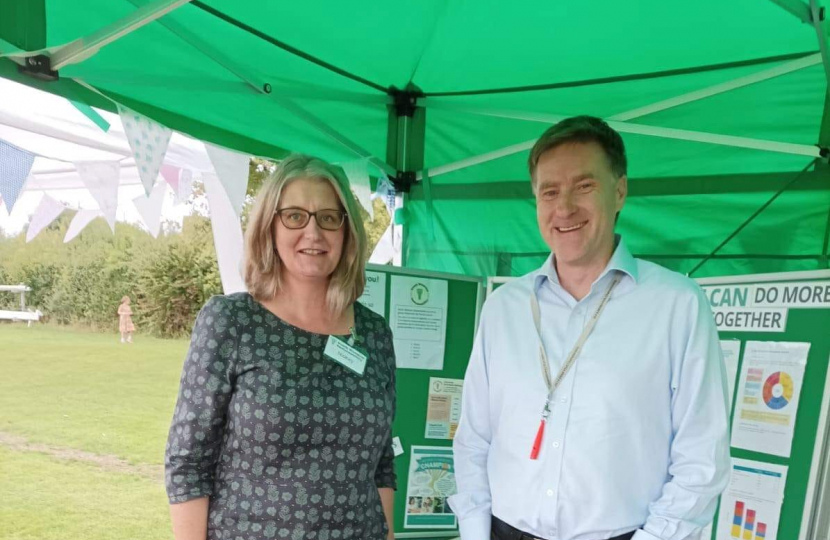 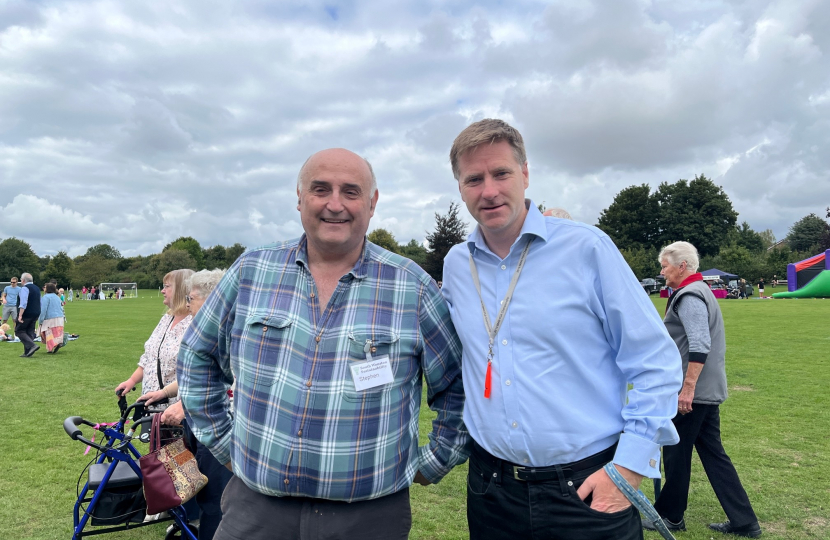 The community of South Wonston came together today to hold its' Summer Fete.

A minute silence was held at the start and a book of condolence for our late Queen was available as a mark of respect.

Steve Brine and his family went along and spent several hours enjoying the event as wel as chatting with villagers and those running stalls. The fete was held at South Wonston Recreation Ground.

Steve also met up with local resident, and long-standing councillor, Stephen Godfrey who was there with the South Wonston Sustainability Group and had judged the village scarecrow competition.

Pictured; Steve with Nickey Turner from SWS and with Cllr Stephen Godfrey.