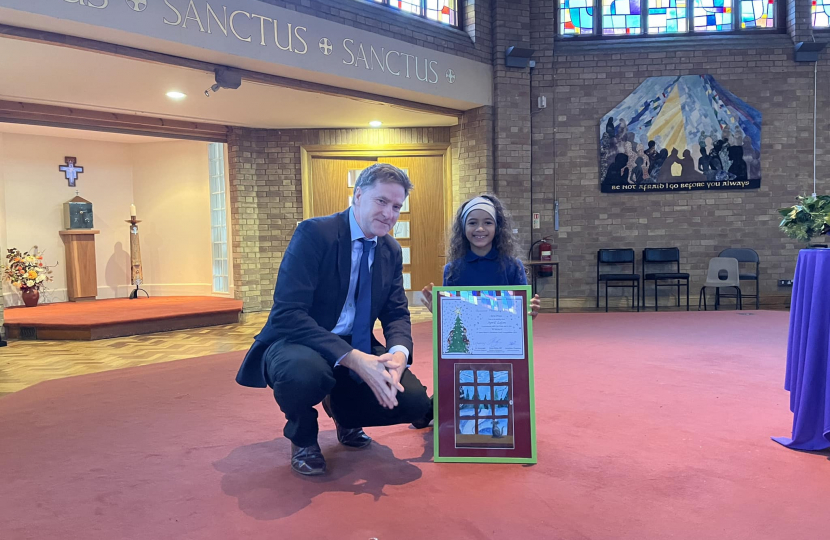 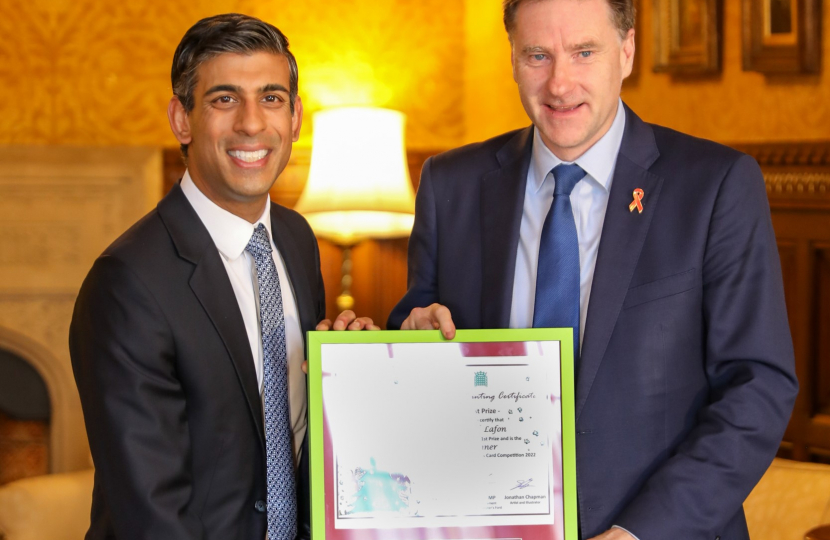 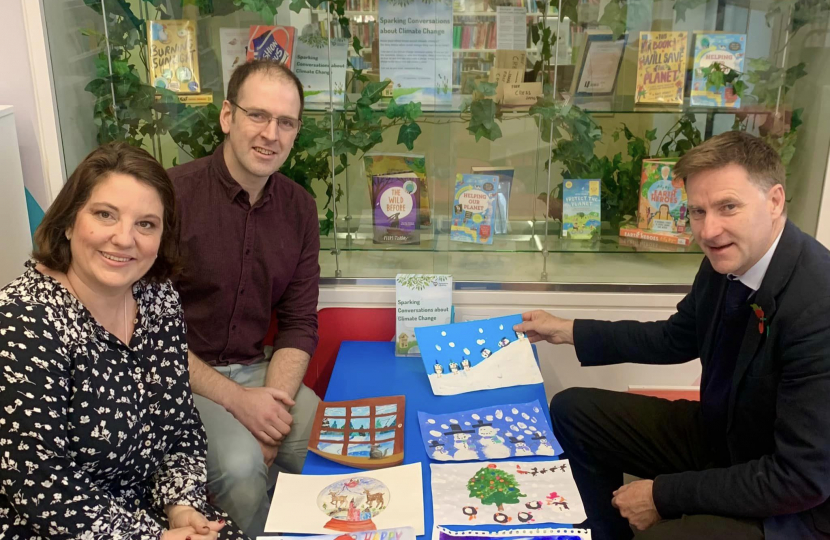 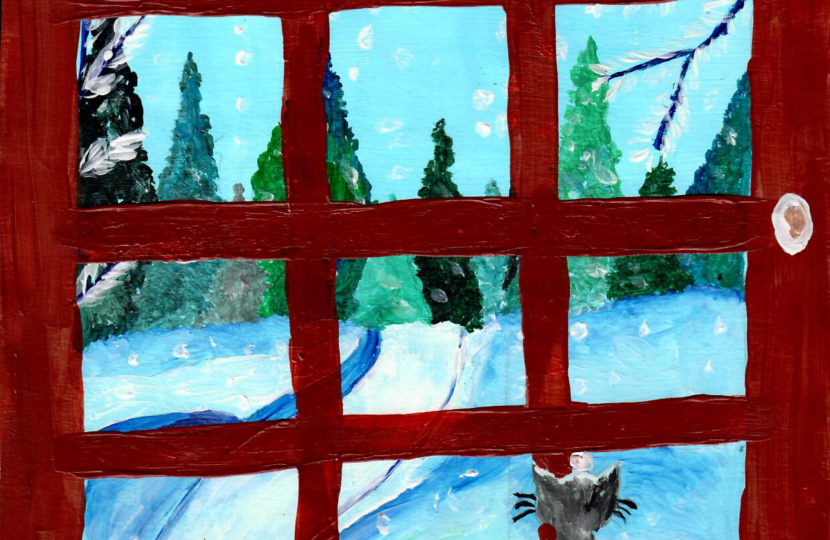 The Year 4 pupil follows in the footsteps of previous winners from across the constituency and won first prize with a picture depicting her cat looking out through a window at a Christmassy scene. April won tickets to the Wizard of Oz at Theatre Royal Winchester for herself and her family.

As well as the main prize, there were also a range of year group winners and commendations, and as a new annual tradition, an overall runner-up, Gouri Jadhav of Sherborne House School, who also won the Year 5 category.

All winners, commendations and finalists have been displayed in the atrium of The Arc, Winchester.

The headteacher of St Peter’s Catholic Primary School, Louise Buxton, who’s student April won the competition said; “St Peter's received quite a few paintings for Steve’s competition from the children, with so many being of a high standard.

April was absolutely thrilled to have been chosen as the overall winner, beating out over 400 other children. April enjoys her art and perhaps one day she will be a famous artist?”

Steve Brine said: "We had a huge amount of entries with just over 400 children from across Winchester and Chandler’s Ford taking part. I’m hugely thankful to all their busy teachers for giving the time to allow the children to take part in this year’s competition.

"I would also like to thank Marwell Zoo and Theatre Royal Winchester for donating the prizes this year. These brilliant organisations have supported this competition for years and I’m so glad they could again this year.

"My thanks also go out to Liz Kavanagh of the Winchester Magazine and local artist Jonathan Chapman who both helped to judge this year’s competition.

"My congratulations go to April, her brilliant design will be sent to His Majesty the King and the Prime Minister, who got the chance to see the winning artwork just last week, among many other people and organisations across Westminster and Winchester and Chandler’s Ford. Well done to all the Year Group and Commendation winners as well"