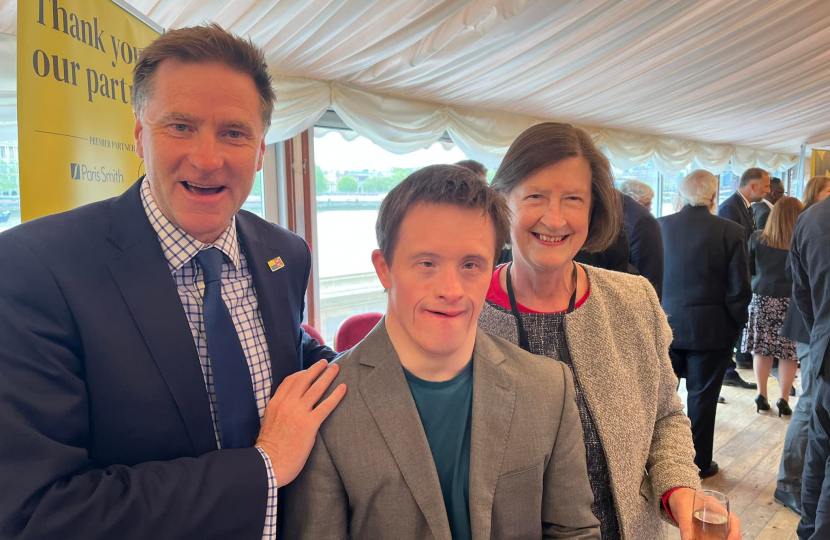 Steve Brine, Member of Parliament for Winchester and Chandler’s Ford, has joined fellow Hampshire MPs in backing the Southampton City of Culture 2025.

Southampton is bidding to become UK City of Culture 2025 which is an opportunity for the city to celebrate the wealth of cultural activity already taking place, showcase the city’s diversity and use these to address some of the challenges the city is facing. It has been selected as one of the four successful locations chosen to move to the next stage and will host judges from the selection panel this Friday, 13 May.

Steve Brine MP joined a number of Hampshire MPs at a Parliamentary reception in the House of Lords to celebrate the bid and to learn more about how to support it. This followed a recent Adjournment Debate led by Romsey MP,  Caroline Nokes.

Steve met up at the event with one of the bid’s best known ambassadors, Winchester’s Tommy Jessop. Known nationally for playing Terry Boyle in the BBC’s primetime TV drama, Line of Duty, and locally for his work with the Blue Apple Theatre in Winchester.

After the reception last month Tommy said; “I’m happy to support the bid for Southampton City of Culture 2025 because taking part in the theatre dance and the other arts brings people of all different backgrounds  and abilities together creating together having fun together and understanding each other’s gifts better.”

Steve Brine MP added; “It was pleasure to join colleagues in the Parliament to celebrate Southampton and join together to back their bid for City of Culture 2025. The event was made even better by having our local superstar, Tommy, in attendance.”

Pictured; Steve Brine with Tommy Jessop and Mum, Jane, at the House of Lords event.