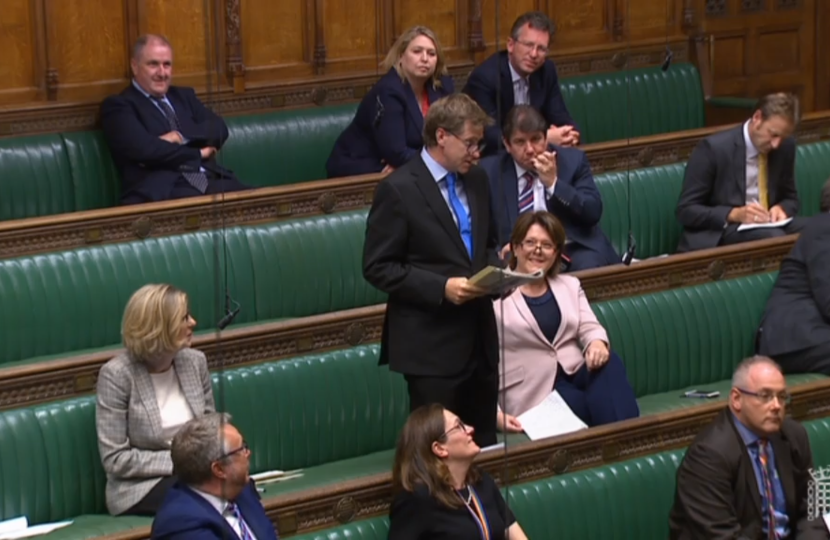 Steve Brine told the House of Commons on Monday 30th September that Winchester loves its hospital and constituents are really pleased at the half a billion pounds cash boost for RHCH.

Speaking at the Statement on the Health Infrastructure Plan, the Winchester MP, who has made health his number one priority since he was first elected in 2010, told the Minister that the city was ‘keen to get cracking’ and asked him to confirm this was a huge vote of confidence in RHCH not only from the Government but from the NHS.

The Minister, Edward Argar, said that Steve has made health and the NHS his number one priority, and told the House how he served with distinction as a Minister in the Department and continues to champion his constituent’s interests in this respect.

He also told MPs that the Government is keen to get the money to trusts as swiftly as possible, so they can work with Government to develop their plans, before adding: “I agree with him entirely that their inclusion in this list is a vote of confidence from us and from the NHS in the work his local hospital is doing.”