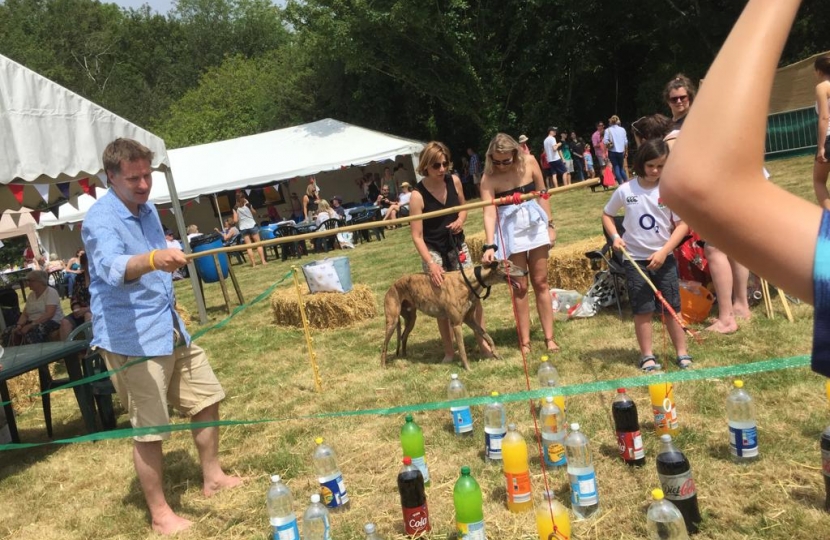 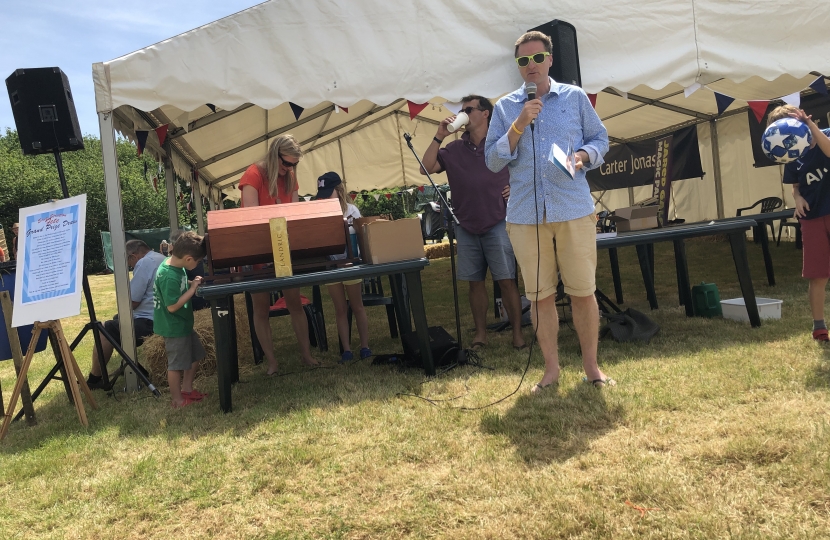 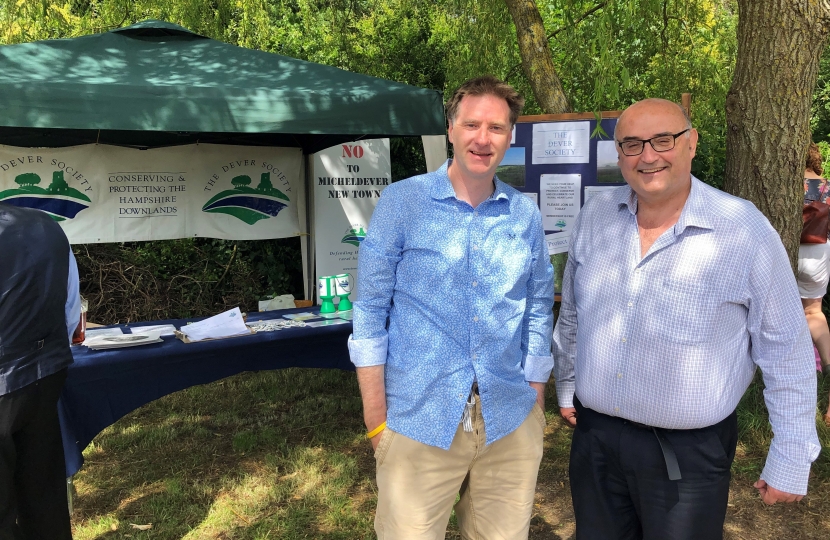 June got underway in traditional style for the village of East Stratton today as the annual village fete and dog show was held on the village green.

Steve Brine and his young family went along for the 12 year in a row and this year opened the fete at 1pm.

As well as the usual dog show and grand draw there was a magic show for children in the main marquee and tractor rides round the Stratton Park estate. The Dever Society were on hand as usual informing people about their campaigns and activity in the area.

This year was unusual for the fete as it was held without the Northbrook Arms involvement. The popular pub is closed for refurbishment pending a new owner coming to the village.

Steve says; "We love this event and it was a pleasure to step in and open the event for the first time in many years. Well done to everyone for organising and thanks to Charters for sponsoring."

Pictured; Steve tries his hand with the kids at the infuriating bottle hook game, opens the fete and with Cllr Stephen Godfrey.