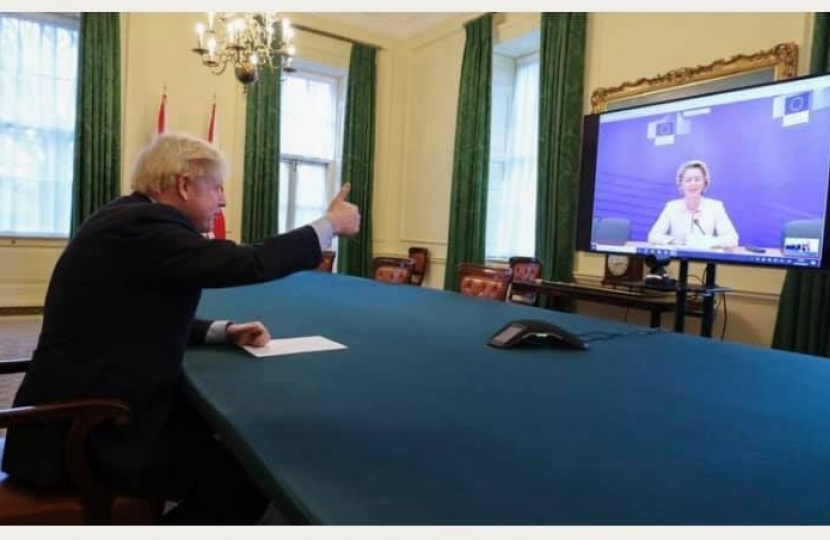 Local MP Steve Brine has warmly welcomed the news that a UK/EU Trade Deal has been reached.

“This is great news at the end of a terrible year. It’s hardly a secret I wasn’t fan of Brexit but a no deal exit would have been against our mutual self interest and I have consistently said that. The Prime Minister promised me a deal and he has delivered while sticking to our principles and our promised. I respect that enormously and have told him so this evening.

“At the general election last year, we promised a deal and as soon as we had a majority in the House of Commons we delivered the Withdrawal Agreement. And now we have a free trade agreement with the EU which is the basis for a long term friendship and partnership with the EU as sovereign equals. I will look forward to scrutinising that word for word ahead of the ratification vote on 30th December.

“The last four and-a-half years have been torturous for us all. Although we have left the political structures of the EU, this country will remain culturally, emotionally, historically, strategically and geologically attached to Europe, not least through the four million EU nationals who have requested to settle in the UK over the last four years and who make an enormous contribution to our country and to our lives.

“We now have a new future to look forward to. It won’t be the same and that’s OK; it’s time to come together, remember we have far more that unites than divides and all move on. Merry Christmas.”

Read the deal in full