Walk and Talk with Winchester BiD 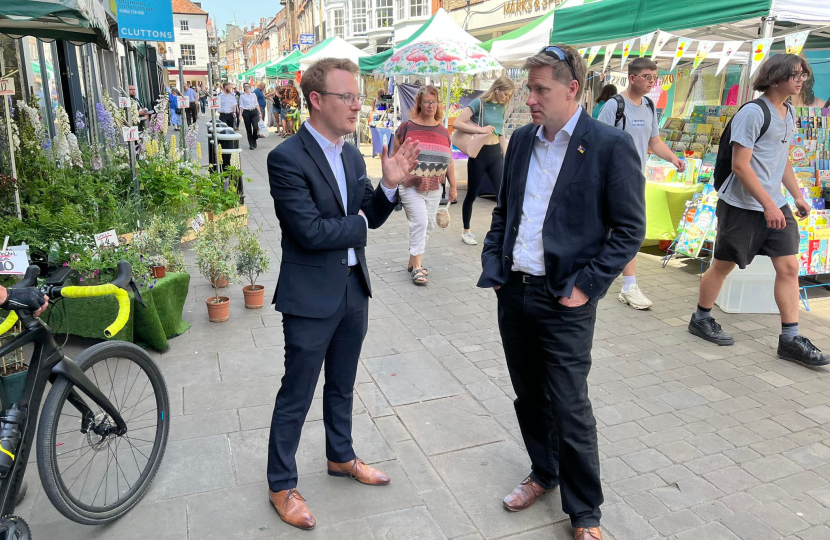 Winchester and Chandler’s Ford MP, Steve Brine, caught up with Paul Spencer from Winchester today (Friday) for a walk and talk around the city centre.

Steve Brine received an update on many of the city’s businesses as well as future prospects for the empty shops in town. The MP was also got himself up to speed on the work of Winchester’s Business Improvement District as it prepares to face an election of local businesses which will determine if it continues its work in the city.

Steve said; “Thanks to Paul for the session. It was a great chance to catch-up on some of the major projects, Silver Hill etc, and to have a walk around together so I can better understand the vacancies we have and what’s planned for each.

“I have worked closely with BiD since its creation and think it is a positive part of the Winchester family.”