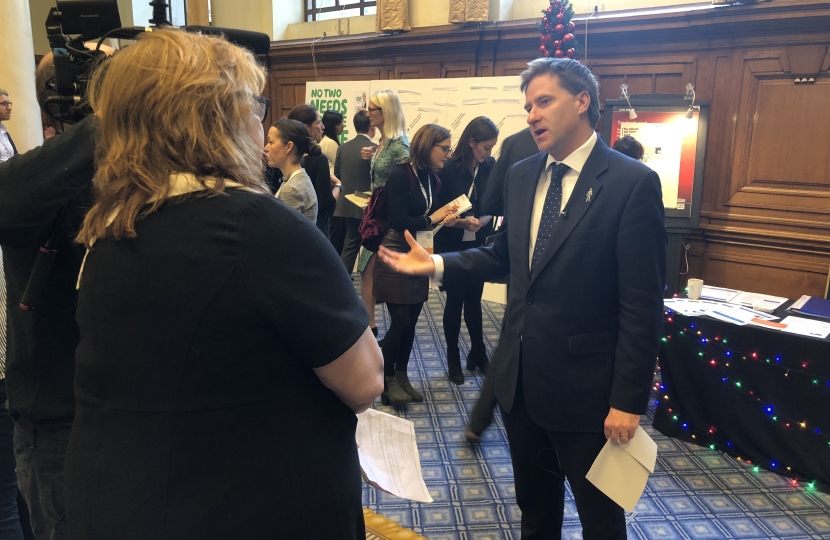 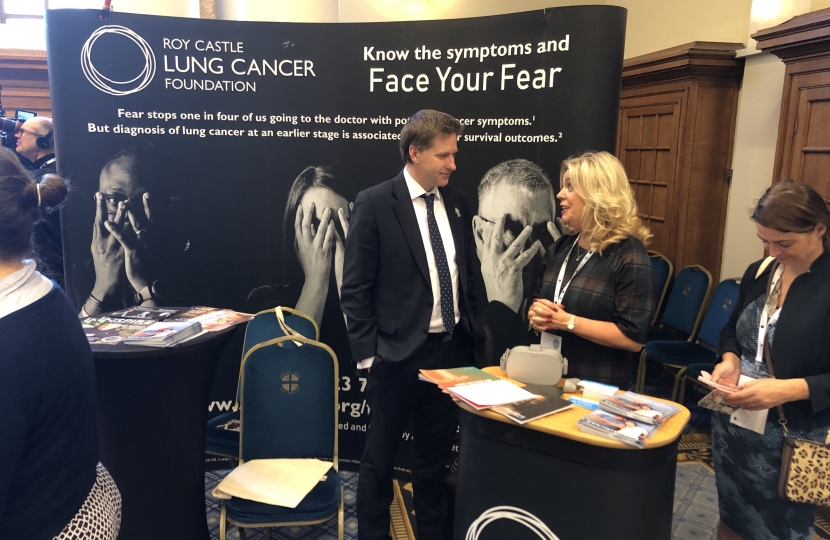 On Tuesday 5th December, Steve Brine attended Britain Against Cancer, one of the largest annual cancer conferences in the UK. The gathering of cancer experts, charities and patient representatives was this year celebrating the 20th Anniversary of the APPG for Cancer, with an opening address from its new chairman, Nik Dakin MP.

Steve, who is the Cancer Minister, met a variety of representatives from some of the UK’s biggest cancer charities. He listened to the BBC’s Nick Robinson talk about his personal experiences fighting cancer.  He toured the conference exhibition with the CEO of Macmillan, Lynda Thomas, and chatted with Jane Lyons the CEO of Cancer 52, who represent those suffering from less common and rare cancers. Steve featured in their video on the conference which you can see above.

“I was delighted to feature in Cancer 52’s video. As I said, the challenge cancer poses is not just one race, but a whole Olympic Games of events. We want the whole of Team GB to win, not just one athlete, and it is the whole team that Cancer 52 rightly fight for.”

The conference met ahead of the launch of the NHS Long Term Plan next month, and Steve explained what this plan would do for those with rare and less common cancers.

“For me one of the most exciting aspects of the plan is the national roll-out of rapid diagnostic centres (RDCs), where patients with vague symptoms can get a rapid suite of tests and a fast diagnosis. These will help put patients who have rarer cancers in the direction of the correct specialist faster, enabling faster diagnosis”

Pictured; Steve films for Cancer 52's video, above, and  meets delegates at the conference.