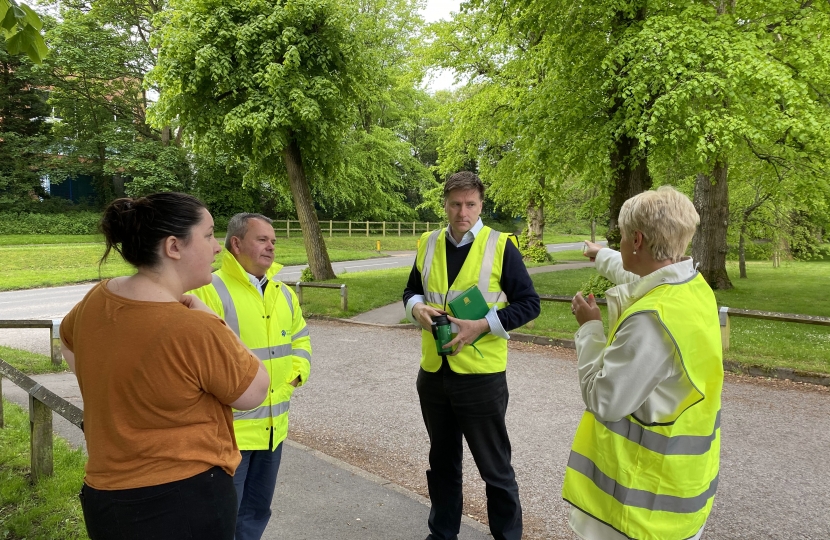 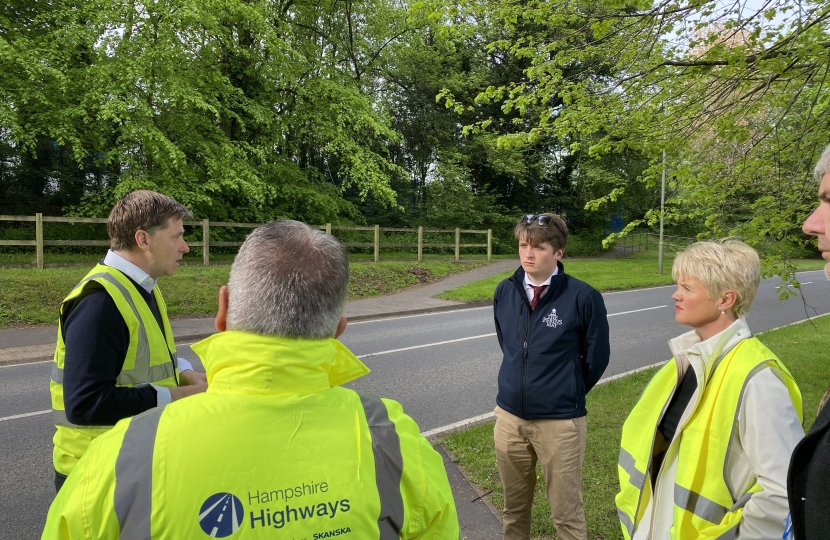 There have been concerns for many years about students being dropped off and picked up by school buses on The Avenue in the town which some parents described as an “accident waiting to happen” because of the way it restricts visibility when crossing what is a busy stretch of road.

There have been many attempts in recent years, including a resolution from the New Alresford Town Council, to bring about change at the spot but nothing has happened.

The MP, along with newly elected Alresford & Itchen Valley councillor Fiona Isaacs, arranged for Deputy Leader of Hampshire County Council (Cllr Rob Humby) to visit during the morning rush and see for himself back in June as reported at the time by the Hampshire Chronicle.

Following that, and a subsequent meeting on site last month between new bus contractor Xelabus and HCC there will be no dropping off or picking up on The Avenue when school returns in September. Xelabus will now work with Mortons to reach an agreement that provides safe pick up and collection for students.

Steve Brine said; “It’s not been easy but everyone has pulled together, including the new bus operator, and we appear to have a solution. Many thanks to Cllr Rob Humby for coming to see the problem last term and all involved, especially Clive Surry at Perins, for letting good sense win the day.”

Cllr Fiona Isaacs, who posted a video to social media highlighting the problem, added; “Young people crossing The Avenue to get to school from Arlebury Park, where many are dropped off by parents, still need to cross with great care but that will be much less complicated without buses blocking their line of sight. Well done everyone.”