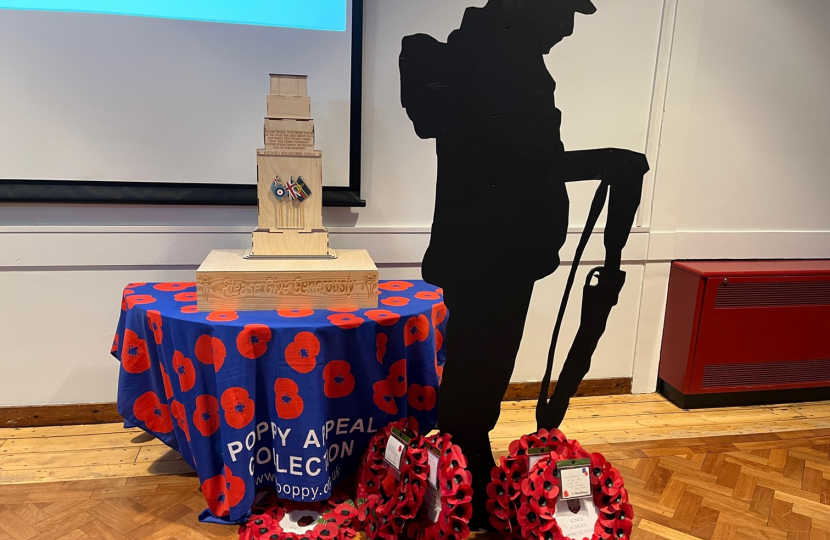 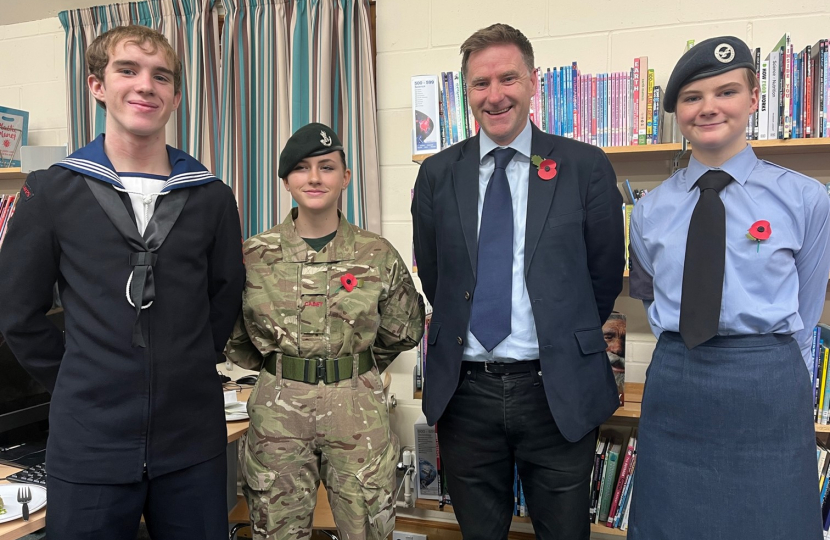 Along with people throughout the country and around the globe, pupils bowed their heads in respectful contemplation.

The service of Remembrance is a long-standing tradition at Kings’ School and as in past years, it was joined by members of the St Thomas’ Old Boys Association.

A number of retired members of staff attended together with parents of pupils who are current or retired members of the armed forces, as did the chair of the Board of Governors, Colin Williams, along with guest of honour, Steve Brine MP.

Year 10s provided poignant poetry readings, while Dave Clarke, head of Music, accompanied the singing of the hymn and the National Anthem.

Bridget Cooney, a year 8 pupil, played the Last Post and Reveille on her cornet to bookend the two-minute silence that was observed throughout the school.

The Main Hall capacity was such that it was filled with some 300 staff, pupils and guests.

But thanks to Sam Palmer, head of Media Studies, who live-streamed the proceedings into all the classrooms, every pupil and member of staff was able to feel a part of the event.

Library manager, Edyth Miles, said: "Once again we are indebted to the Rev Neil Birkett, a former deputy head of the school, for leading us in prayer and reflection."

Following the service and the reading of the Kohima Epitaph and Exhortation, guests and senior prefects retired to the library while the school's cadets planted markers in a Field of Remembrance at the top of the Middle Field.

School chef Ian Wooldridge, and his catering team, provided a centrepiece in the form of a "beautifully" iced cake and a selection of poppy seed cupcakes.

Mr Brine said: "It was such a pleasure to join the students, staff and former students at Kings’ for this special service. It was moving to be a part of it and a genuine pleasure to speak with cadets from the school and get their reflections on this day as well as their hopes for the future."