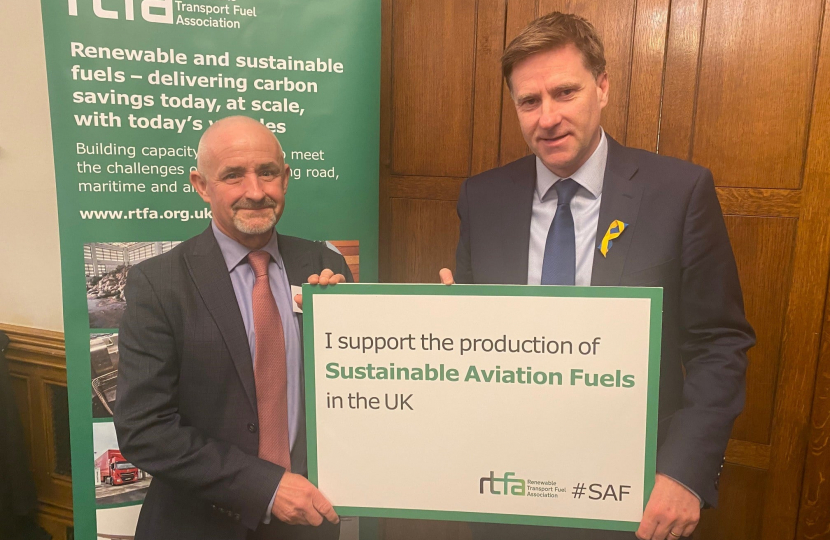 Attendees heard about importance of SAF on the path to decarbonising aviation and Mr Brine joined fellow Parliamentarians in pledging his support for a UK SAF industry.

SAF is fuel produced from sustainable feedstocks (such as commercial waste or biomass) that can be used in conventional aeroplanes. SAF can, on average, reduce carbon emissions by 70% and by 100% when combined with Carbon Capture technologies.

Speaking about the event and Sustainable Aviation, Steve Brine said; “I am absolutely certain the whole agenda around sustainable fuels, and the Jet Zero initiative to decarbonise aviation, is a key component of our net zero push. It’s a must happen for the planet and it can be a big win for jobs and the economy in our area as the Solent Freeport comes online.”

Pictured; Steve Brine with Grant Pearson, Chairman of the RTFA, at the event in the House of Commons.