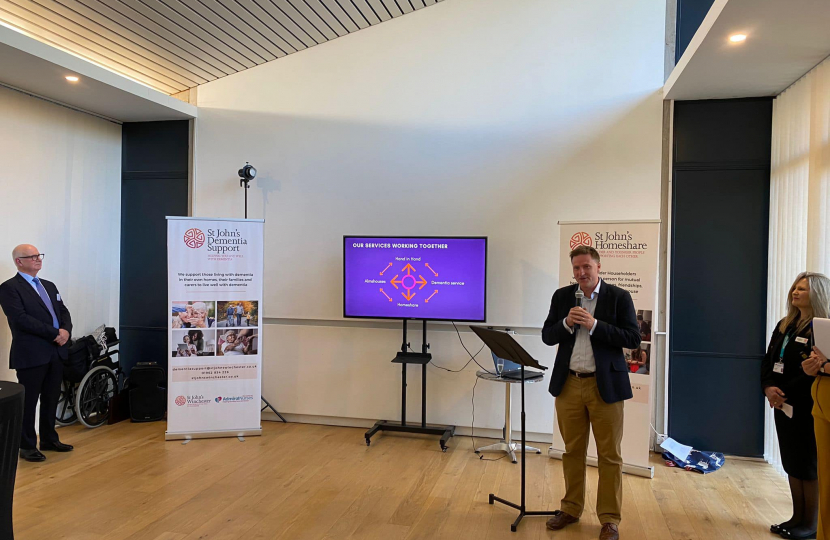 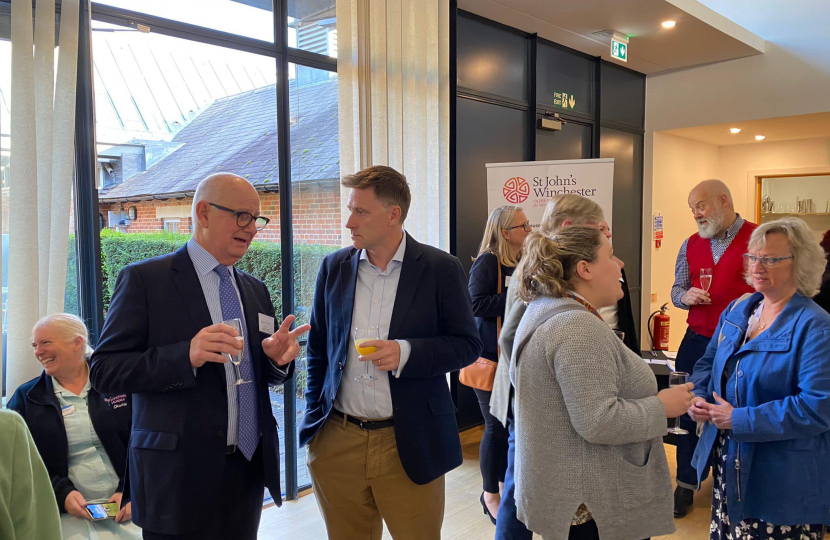 During an event in the refectory at Winchester Cathedral, St John's Winchester unveiled two new support schemes in the form of their Dementia Support and Homeshare programme.

The charity has been intimately connected with the city of Winchester for over 900 years with the modern charity dating back to the 1830s. The charity has supported people of all ages who were lacking means, but in the 20th Century and beyond, care and support have been focused on older people.

Following their continued running of a large number of Almshouses in the city centre, with confirmation that former Moorside Care Home will be turned into a further group of Almshouses, the charity is furthering their support the elderly of Winchester.

Through the newly announced Dementia Support, St John's will support those suffering with Dementia as well as their careers, families and friends as they make their way through the difficult journey of the disease.

Participation in a Homeshare scheme was also announced during the launch event, which involves matching young people with older people in a house sharing scheme, with both supporting each other physically and through friendship.

Winchester MP, Steve Brine, attended and spoke at the event and said; “St John’s is an ancient organisation but it keeps on updating its work with new services that fit the times, and Winchester, perfectly.

“I love the the new initiatives, especially the dementia support in peoples’ own homes which makes sense on every level and takes all the good things about Moorside out into the community. I wish them every success with what is an even stronger offer now for local people.”