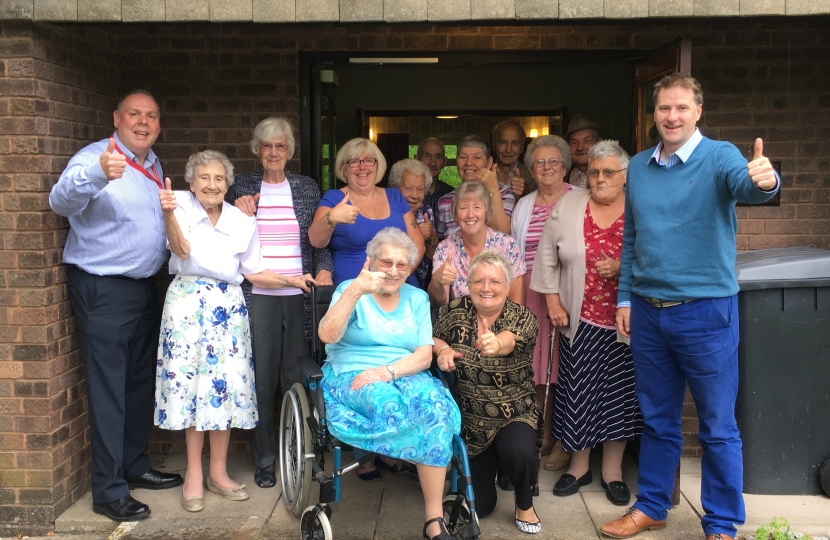 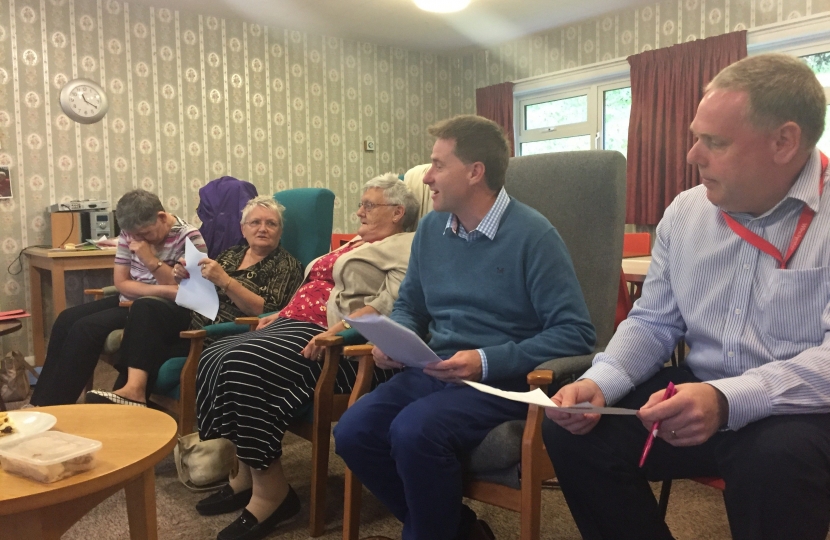 Residents in The Valley area of Stanmore are breathing a sigh of relief after their much loved common room was saved.

Winchester City Council had proposed converting the whole facility into flats but a concerted campaign led by St Luke Ward councillor Jamie Scott and MP Steve Brine on behalf of residents forced a change of heart.

A petition from tenants as well as a deputation to senior councillors, and lobbying from Cllr Scott and Mr Brine, convinced the council to convert only part of the current space to provide a one bedroom flat while retaining the rest as a communal facility. That will include a reasonable sized meeting space which will be redecorated and see new carpets laid as well as a kitchen, toilets and storage area.

The MP and Councillor dropped into the Common Room Wednesday 30th August to pass on the good news over a cup of tea and to run the Summer Quiz. It had been provided to residents by Osborne Property Services who ask members of its staff to volunteer on the estate as part of their community engagement programme.

Long-term Valley resident Phyllis Tucker said: "This is very good news. The Common Room is companionship for many of us. I would miss it dreadfully if it had been lost."

Cllr Jamie Scott said: "Some say there isn't a community spirit left in Stanmore but clearly that's not the case with residents in The Valley meeting every week in their Common Room. After much discussions on behalf of the residents in The Valley and looking at options for the Common Room, I'm very pleased the Housing Portfolio Holder Cllr Horrill has made the right decision in keeping this very important meeting place as well as a small housing unit as part of the re-design"

Steve Brine MP added: "I went to a coffee morning in the Common Room earlier this year with Jamie and residents told us of their concerns for its future so we got our heads together and combined to ensure tenant voices were heard. All credit to the council for listening and agreeing a compromise because the new flat is obviously needed but so is a community space that does so much to bring people together and combat loneliness."

Residents were told in a recent letter from Winchester City Council's Housing Management team that work will get underway later this year.

Pictured; Cllr Jamie Scott and Steve Brine MP celebrating with residents outside the Valley Common Room on Wednesday 30th August 2017 and (below) Steve and Jamie put the questions at the Summer Quiz inside.