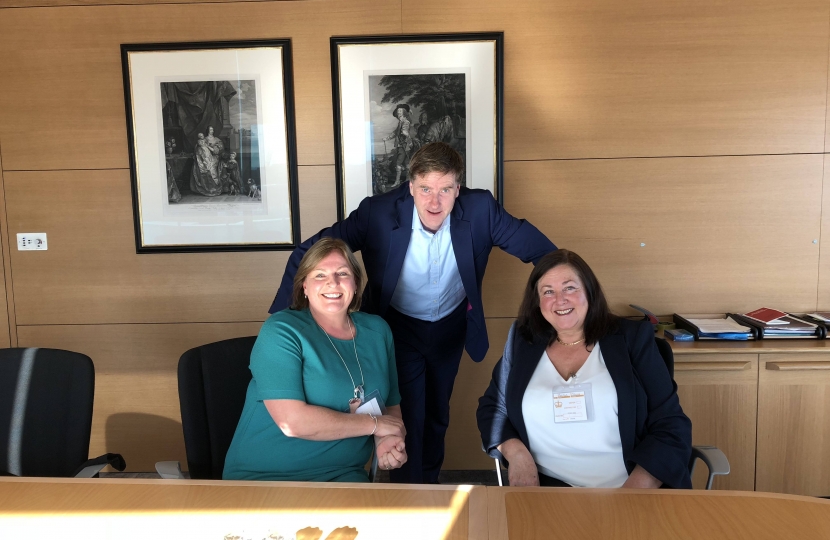 Public Health Minister Steve Brine has announced that the government will consult on the mandatory fortification of flour with folic acid to prevent fetal abnormalities.

The aim of the proposal is to prevent birth defects such as spina bifida by increasing folate intake in pregnant women.

The consultation will launch in early 2019 to consider the evidence around folic acid fortification as well as the practicality and safety.

Evidence from the Scientific Advisory Committee of Nutrition (SACN) suggests that expectant mothers can take folic acid during pregnancy to significantly reduce the risk of foetal abnormalities including:

Approximately 700 to 900 pregnancies are affected by neural tube defects each year in the UK.

Women who are trying to become pregnant are advised to take a daily supplement of 400 micrograms of folic acid before they conceive and during the first 12 weeks of pregnancy. However, around half of pregnancies in the UK are unplanned, so many women are missing out on these nutrients early in their pregnancy.

The plans to fortify flour with folic acid are thought to be an effective way of reaching those with the lowest folate intakes – for example younger women from the most deprived backgrounds.

The consultation will also consider if there are any risks to other members of the general public. These include whether additional folic acid in the diet will mask the diagnosis of conditions such as pernicious anaemia, which is a deficiency in the production of red blood cell.

The proposal already has the support of the UK Chief Medical Officers and the Scientific Advisory Committee on Nutrition (the independent body that provides scientific advice on diet and nutrition to the UK governments).

Steve Brine, Public Health Minister, said: “All women should be able to access the nutrients they need for a healthy pregnancy and in turn, reduce the risk of devastating complications.

“We have been listening closely to experts, health charities and medical professionals and we have agreed that now is the right time to explore whether fortification in flour is the right approach for the UK. My priority is to make sure that if introduced, we are certain it is safe and beneficial for all.”

“However, as with any intervention of this kind, we need to be certain it is also safe, and that means considering what the wider implications would be for the rest of the population who eat flour.

“I am pleased to see the government taking action on this issue and hope to see the wider scientific community feed in their views to this important consultation which could benefit and improve the lives of many women and babies in this country.”