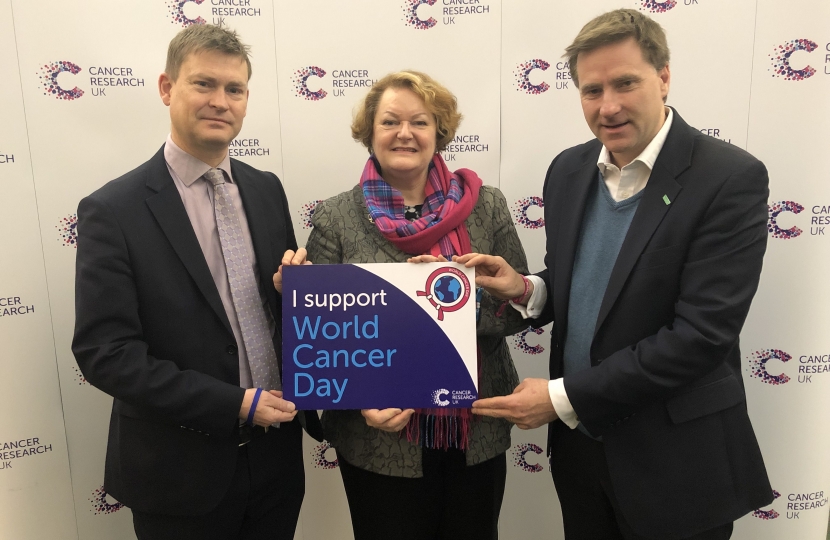 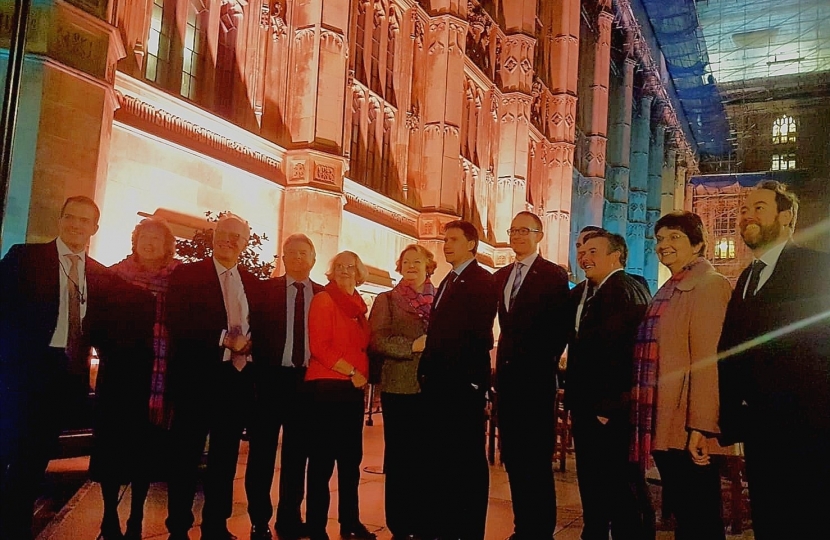 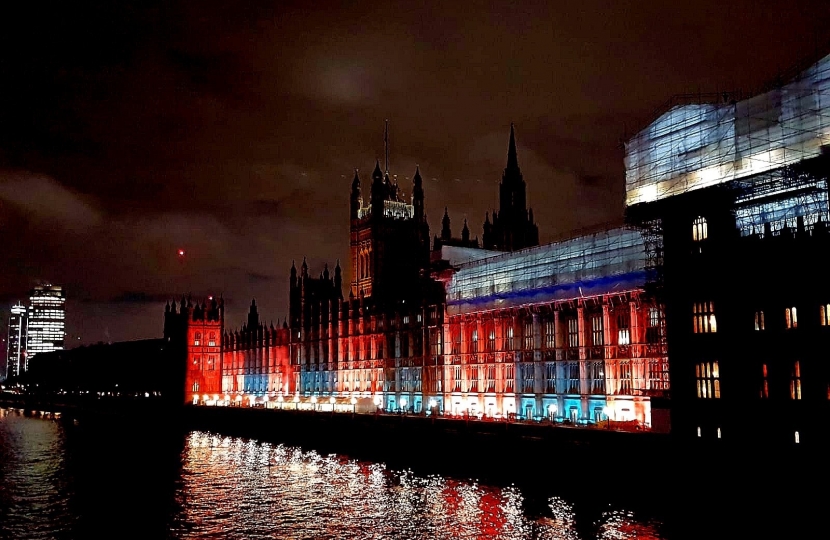 Steve Brine gave his support to those affected by cancer - and the NHS staff who care for them - at a special Westminster event for World Cancer Day.

The Winchester & Chandler’s Ford MP, who is also the Cancer Minister, met with campaigners from Cancer Research UK to learn about the charity’s latest research and show his support for all those working to ensure more people survive cancer.

Every year, 3,600 people in the Winchester area are diagnosed with cancer and in the UK 1 in 2 people will be diagnosed with the disease at some point in their lifetime. World Cancer Day is an opportunity for people, organisations and countries to work together, raise awareness and take action to beat cancer.

Steve said: “World Cancer Day helps to raise awareness of the scale of the challenge and the role we can all play in the fight against the disease. Cancer affects us all – here in the UK and all around the world. We can all work together to beat it, not just the hard-working researchers and NHS staff who help to prevent, diagnose and treat cancer.

“Small actions really can make a big difference to the lives of people with cancer. That’s why I’m urging people in Winchester & Chandler’s Ford to show their support all year round.”

Early diagnosis is a vital part of ensuring more people survive cancer. The Government has made a commitment to diagnose 75% of cancer cases in England at stage one or stage two by 2028.

However, to reach this target the NHS needs a long-term plan for the cancer workforce. Without this, there will not be enough specialist staff to meet the present pressures or cope with the growing and ageing population.

Shaun Walsh, Head of Public Affairs and Campaigning at Cancer Research UK, said: “A big thank you to Steve Brine for joining us to raise awareness on World Cancer Day.

“Parliament has a big part to play in ensuring we work together to beat cancer sooner, and the shared ambition to diagnose more cancers earlier in the years ahead is a welcome one.

“Now to achieve a truly world-leading service and reach our goal of 3 in 4 people surviving cancer by 2034, we need to fill current vacancies in the cancer workforce and invest for the long term to produce NHS cancer professionals for today and generations to come.”

On Wednesday 6th February, to mark the week, Steve also responded to an adjournment debate on prostate cancer in the House of Commons.

Speaking afterwards he said: “It’s always a huge privilege to stand at the dispatch box representing the Government, but even more so when debating an issue that affects the lives of so many men up and down the country and right here in Winchester. We have the best outcome figures ever for cancer but must do even better and that’s why I am working so hard on the new early diagnosis ambition because it really is cancer’s magic key.”

Pictured; Steve with Labour and SNP Health Spokesman and with a cross-party group of MPs and Peers are CRUK lights up Parliament in their pink and blue colours. Also, Steve responds on behalf of HM Government to a debate on Prostate Cancer.