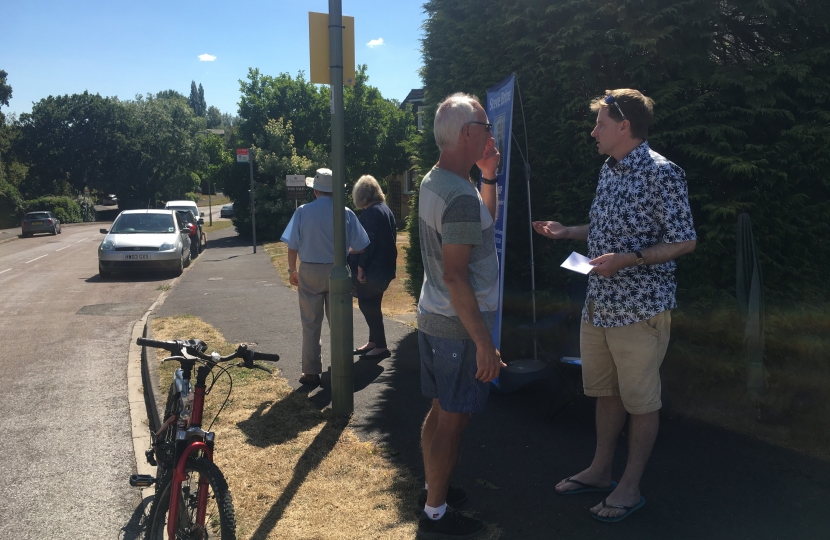 Writing to EBC Chief Executive, Mr Brine says he believes the plan to be unsound and contrasts neighbouring Winchester which has had a signed off and approved Local Plan for many years.

The MP questions highways and environmental considerations as well as the impact on communities he represents over the border in Colden Common, Otterbourne and Twyford.

Steve says; "I am currently holding my Summer Tour and the debacle that is Eastleigh's Local Plan comes up time and again. People are furious with the council for the way it has gone about the process and the lack of consideration for areas in the Winchester District.

"Eastleigh is effectively run by one party and that's not good for scrutiny or democracy. I expect there will hundreds of submissions opposing this Plan and rightly so."

Pictured; Steve holding a street surgery in Colden Common last week where the Plan was raised.

You can download a copy of Steve Brine's letter via the link below.