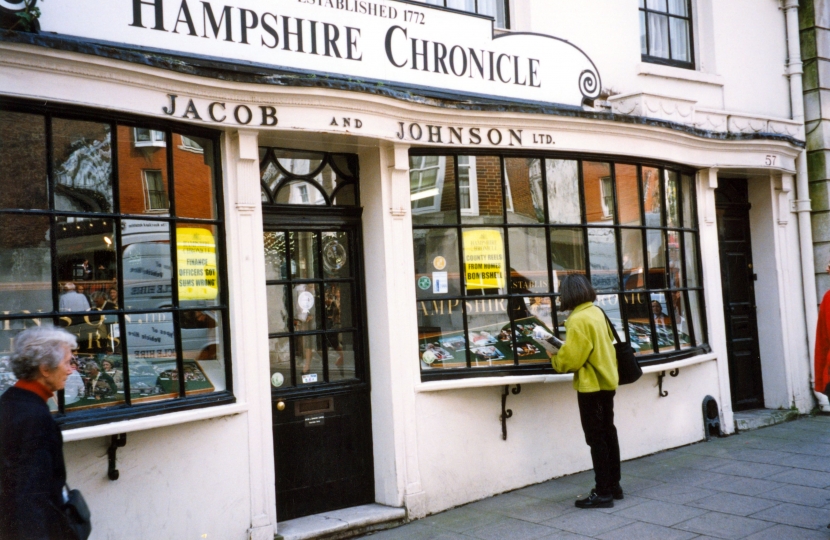 Winchester has a unique opportunity to become a real workplace destination but does it have the leadership and the ambition? Read Steve Brine's hard-hitting and challenging column published in the Hampshire Chronicle ...

There are two schools of thought when it comes to life after Covid.

One says everything will be changed forever, the other that we will soon slip back into what we know.

The truth, I suspect, lies somewhere in between but areas where transformation was already afoot won’t be able to resist the winds of change.

The way we work is one example and that presents great opportunity for Winchester.

But do we have the vision, local leadership and ambition to grab it and steal a march on our competitors?

The challenges facing Winchester’s economy and continued dither over its’ regeneration have been exposed by the pandemic.

We’ve had times when the major projects - Silver Hill, Station Approach (even the Cattle Market Car Park) - have come close to making progress but often they’ve slipped back into the ‘too difficult’ box.

My central thesis is that Winchester can no longer afford to indulge in endless debate and self-interested legal challenge because this is all connected to the changing workplace.

For years we have witnessed a daily migration of professional people out of the city to (mainly but not exclusively) London. This has put increasing pressure on the transport infrastructure and, rightly, led to anger at a season ticket on the railway that for many is their second largest outgoing.

That daily commute is changing. Lockdown has led many to look afresh at their lives but it has also forced the hand of many big corporates to ask whether they need vast offices among horribly expensive commercial real estate.

I am not saying London will hollow out but the words of Barclays CEO, Jess Stanley, recently were carefully chosen and unlikely to be from a lone voice ; “We are going to think about our real estate mix, given the lessons that we’ve learned,” he said.

Far from sitting on our hands to “wait and see” Winchester should seize the moment and show some of the ambition which has in centuries past seen it emerge stronger from difficult days.

Winchester should have a bold strategy to be an exciting workplace destination.

We need a workspace plan for the city which captures that changing real estate mix and gives Jess Stanley et al, as well as many here who work for them, a solution.

We need to harness the desirability of Winchester - ranked one of the best places to live in the country - and build an economic powerhouse.

Instead of more dither around Station Approach let’s take inspiration from the Engine Shed in Bristol, a collaboration between City Council and University, and create a flexible workspace destination that will bring vibrancy and boost our daytime city economy.

Instead of more dither around Silver Hill let’s return to plans widely consulted upon already and involve Winchester’s entrepreneurs, businesses and organisations to develop a new approach to local working that is a genuine option for the new distributed workforce.

And at the same time we generate an income for the City that can help fund the public services and cultural offering we so value.

Running Winchester cannot come down to who is better at getting their vote out each Spring. Widescale urban regeneration and economic strategy in a heritage city is a serious business and it requires serious people who know what they’re doing. It requires courage to take on vested interest not a fear of doing anything for fear of upsetting anyone.

Maybe, as local Government reorganisation looms, we should seize the day and really shake things up because change is happening all around and it won’t wait for Winchester.

A vision for Winchester?

There is growing unease as piecemeal change excludes residents and threatens local institutions. What do you think?