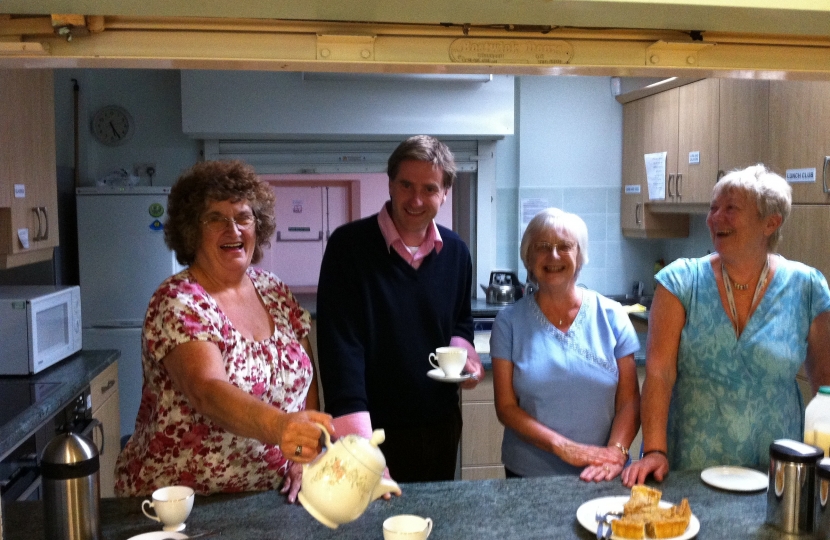 Steve took his busy constituency surgery out of Winchester during August and September 2011, into different communities across the area. He says; "I have always said we don't just knock on doors at election time and I hope the Summer Tour proved that once again. The team and I had a great time, I cannot wait until Summer Tour 2012 but hope for slightly better weather next time!"

Surgery in Chandler's Ford at the Methodist Centre on Winchester Road on Thursday 1 September.

Canvassing in the Hyde & Abbots Barton area on Thursday 22 September.

Chatting to local people in Alresford and surrounding area on Thursday 29 September.

Steve's Summer Tour will be returning in August/September 2012; if you would like the team to visit your area or even to hold a special open surgery in your community, please get in touch.

Main picture; Steve and the team from 4C's Cafe in Colden Common which Steve dropped into for a cup of tea during the 2011 Tour.