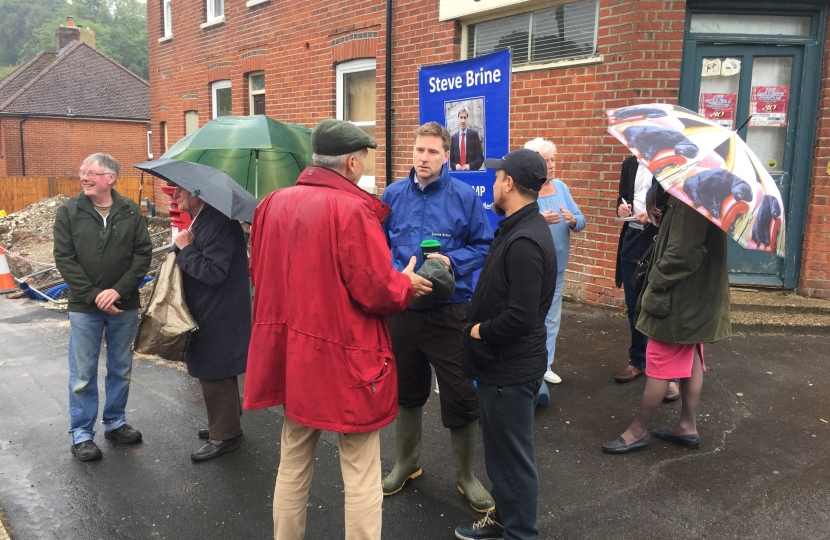 We may have had a General Election just a few weeks before but there was no stopping Steve Brine and Team Winchester in 2017!

Summer Tour returned during July, August and September (during Parliament's Summer and Conference recess) and saw the team hold a range of different events throughout the constituency.

Steve has visited Summer events in Wonston, opened the Summer Fete in Micheldever and held events in Badger Farm, Highcliffe, Micheldever Station and Chandler's Ford among others.

Choose from the list below all 2017 Summer Tour stops ...

Wonston - traditional village fete attended by Steve and his children

Winchester City Centre - a wet day on the doors in Winchester

Pictured; Steve and local councillors chatting with residents in Highcliffe.

If you would like to suggest a stop on the 2018 Summer Tour, get your suggestion to Steve by email.