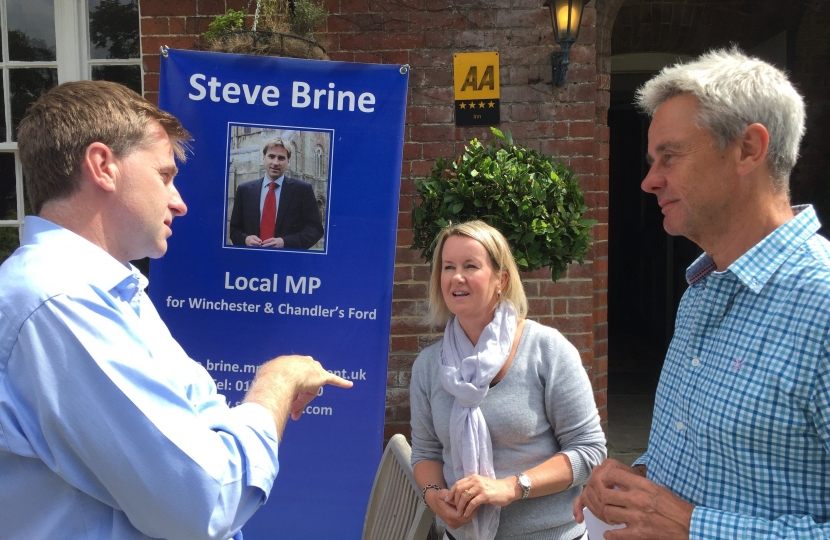 Summer Tour returned in July, August and September 2016 as Steve and the team once again made the most of Parliament's annual Summer recess.

Steve loves Summer Tour which he says is a "great way to get out and about in the constituency in a way that's not so easy when I am in London four days a week while the House is sitting."

2016 saw the return of Supermarket Surgery - at Sainsbury's Badger Farm - as well as a series of village surgeries at or outside various pubs in the area. As in previous years, Summer Tour included knocking on doors as well "just to say hello and surprise people it's their MP at the door!"

Pictured; Steve chatting with Cllr Jan Warwick and a resident in Hursley at their village surgery on Thursday 4th August.

Get in touch online; steve.brine.mp@parliament.uk